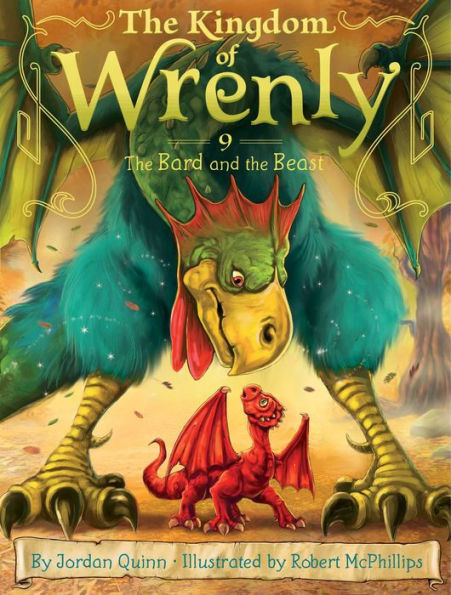 Playing with his dragon, having a toad race, and having a berry war with Clara—these are the things that are important to Prince Lucas. When Queen Tasha decides that Lucas will learn to play a musical instrument, he is reluctant to go to lessons. Even when a traveling bard comes to the castle, Lucas still isn’t convinced that music can be magical. When the two go for a walk, Lucas takes the bard to peek inside a cave, but instead of finding lizards, they find a ferocious monster.

Young readers will relate to Lucas for a variety of reasons—Lucus struggles to be on time, he angers his mother, and he doesn’t see the importance of learning to play an instrument. Suspense is added when Lucas keeps finding strange, green feathers. The bard brings additional action to the plot by telling exciting stories of how music has helped keep kingdoms safe.

Black and white illustrations appear on almost every page and help readers visualize the story. Easy-to-read vocabulary, dialogue, and simple sentence structure make The Bard and the Beast a perfect book for beginning readers. Although The Bard and the Beast is the ninth installment of a series, the previous books do not need to be read in order to enjoy the story.