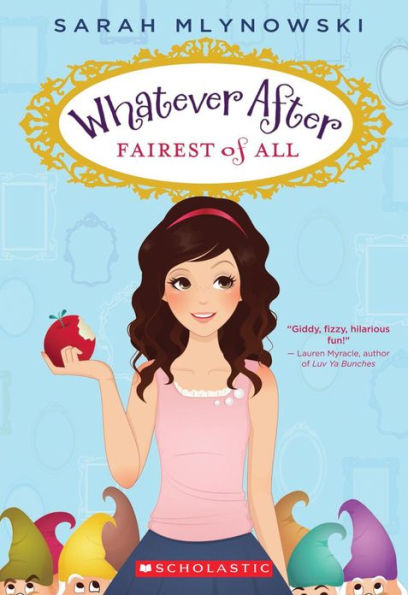 Once upon a time, a mirror slurped up Abby and her brother Johan. When Abby and Johan are magically transported into the fairy tale world, they don’t mean to change Snow White’s happily-ever-after. Because of them, Snow doesn’t eat the poisonous apple. Snow doesn’t meet the prince. Abby is determined to fix Snow’s story; she’s just not sure how to make the prince meet and fall in love with Snow.

Abby and Johan are complete opposites, which adds humor to the story. Abby needs a plan for everything and constantly tries to curb Johan’s adventurous spirit. The one thing that remains constant is their desire to help Snow. Unlike the original fairy tale, in this story Snow White’s personality is multifaceted. She proves that a girl doesn’t need a prince in order to live happily ever after. Instead of following the traditional plot, Fairest of All takes the reader down a winding path where danger is behind every corner.

Fairest of All is an imaginative retelling of Snow White’s fairy tale. Told from Abby’s point of view, the story’s start is slow, but once the siblings show up at the dwarves’ cottage, the action picks up. With short chapters, easy vocabulary, and an interesting narrator, Fairest of All will appeal to a wide range of readers. The story leaves several questions unanswered, which will have readers reaching for the next book in the series, If the Shoe Fits. More advanced readers should add The Secret Rescuers series by Paula Harrison to their reading list.