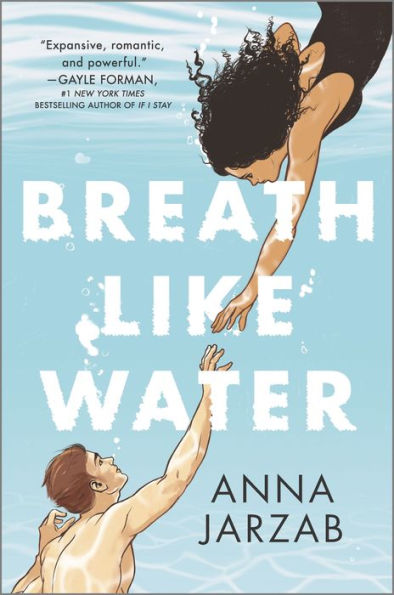 Susannah Ramos became a world champion swimmer at 14. But two years have passed, and she has yet to reclaim her former glory after an injury. Susannah is fighting through the lapse, but she feels like she’s floundering at the one thing she loves most in the world – swimming. When a new coach with a new training strategy and a charming new teammate named Harry Matthews enters her life, Susannah begins a painful fight back to the top of the ranks.

During her dramatic comeback, romance blossoms between Susannah and Harry. But Harry has secrets of his own, and the pressure of competitive swimming and other outside forces work to pull the pair asunder. Susannah must work to balance her own needs and the needs of her loved ones. She must also figure out which wonderful things in life, like friends and swimming, are worth the struggle.

One of the most prominent storylines of Breath Like Water deals with Susannah’s journey as a competitive high school student-athlete. Jarzab intelligently writes about Susannah’s experience with constant pressure from intense coaches and her teammates. The coaches in particular stand out because of their interactions with Susannah and her teammates. They give an intensive look at what it means not only to work hard but to work with intelligence. The swim competitions are well-paced and show Susannah’s thought process as she’s competing.

Told from Susannah’s point of view, this story shows her as a likable but tough kid. Breath Like Water spends a good amount of time detailing Susannah’s recovery from a shoulder injury. The story also shows Susannah’s mental and physical struggle that comes from being a competitive athlete. These parts of Susannah’s journey show her frustration and determination to be better. Susannah faces adversity at every turn, and she takes the emotional and physical pain with as much grace and dignity as could be asked of a sixteen-year-old.

Another prominent storyline deals with the relationship between Susannah and Harry. They quickly go from friends to dating. Susannah learns that Harry has dealt with bipolar disorder for much of his life. This book tackles the difficult parts of Harry’s life, including his past drinking problems and self-harm, and he does relapse during the novel. Susannah and Harry learn how to cope with their insecurities and neither character is villainized for who they are. Things are not perfect for the pair, but they care about each other and work to make their lives better.

Breath Like Water is a refreshing story that intertwines competitive swimming with Susannah’s growth into young adulthood. The heart of the novel is in the love Susannah has for swimming, for Harry, and for her family. Susannah wants to make it to the Olympics, but she learns that win or lose, she has to love herself and love what she does. This book is excellent for those who want an exciting, and often times harsh, look at the reality of competitive swimming. Breath Like Water reads like a love letter—to family, to friendship, and to the water that keeps us all afloat. 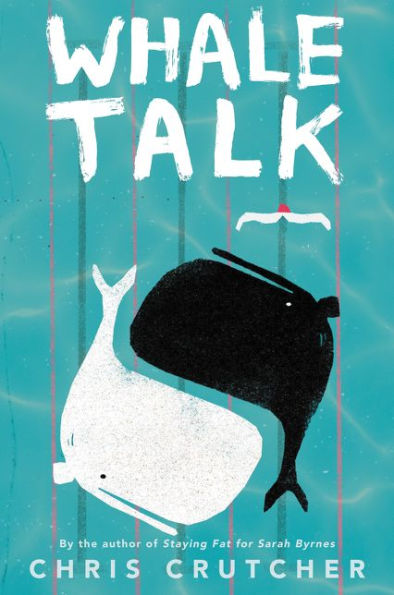 T.J. is a Cutter High School senior who despises school sports. He thinks the jocks and their letter jackets are over-glorified, and that the school favors them. He wants nothing to do with sports until his English teacher, Mr. Simet, asks him to form a swim team. After witnessing a mentally handicapped student get bullied for wearing his dead brother’s letter jacket, T.J. forms an idea: a swim team full of high school rejects earning the right to wear letter jackets at school.

What the team lacks in skill they make up for in motivation. There is no pool at Cutter, and they have to travel to every swim meet. Mr. Simet and Icko, a homeless man who sleeps at the gym where they practice, help morph this group of outcasts into a real team. The team eventually becomes a family, a place to share their tragic backstories and offer each other consolation.

The story is told in the first person from T.J.’s point of view. Readers will enjoy his quick wit and appreciate his empathy. T.J.’s motivation for the swim team sways from wanting to defy Cutter’s athletic expectations, to giving the team a sense of belonging. While T.J. makes questionable decisions and can be hot-headed, his heart is in the right place. T.J. has a great support system, including his foster parents and his counselors, who give him advice along his journey. Unusually wise for his age, T.J. learns that knowing someone’s past experiences is the key to understanding the reason behind their actions.

While there is some swim terminology used, Whale Talk focuses mostly on T.J.’s life. There are a lot of subplots besides T.J. forming the swim team, which may be overwhelming for some readers. However, in true Chris Crutcher fashion, every subplot intertwines and contains a lesson to be learned by T.J. and the reader. These subplots have mature topics including bullying, domestic violence, child abuse, racism, and death. Whale Talk is a must-read, heartwarming book for those who want to think deeply about human connection. 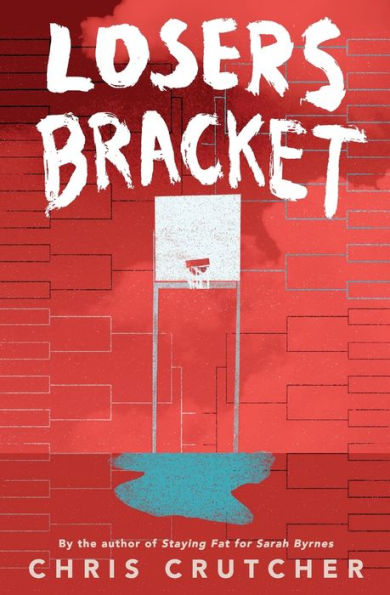 Annie’s two worlds collide when her biological family and foster family both come to watch her swim meet. A fight breaks out between the two families resulting in Annie’s nephew, Frankie, running away. Annie must rely on her friends, her foster brother, and her social service worker to help her better understand her biological family. In the end, Annie vows to help Frankie find a safe home.

Annie finds refuge from her troubles when attending a book club. In the book club, Annie and other high school students engage in discussions about heroism, family, and stories. These discussions help Annie make sense of her life. Annie also finds support and comfort in her best friend, Leah, and in Walter, a good-hearted biker.

Although Annie partakes in basketball and swimming, there are no play-by-play sports scenes and hardly any sports terminology is used. While sports give Annie an outlet to let off some steam, their main function is to give Annie’s mother an opportunity to see her. Sports fans may be disappointed by the lack of sports scenes.

Crutcher portrays a realistic take on the life of a foster child, and clearly and realistically communicates Annie’s intense feelings. The book is told in the first person, and Annie does not sugarcoat any of her feelings or experiences. Annie constantly disregards her foster parents’ rules, but she is very empathetic. Throughout the book, Annie learns that people can be immeasurably kind and selfless. She also learns to appreciate and love her biological family, even if they behave poorly. Loser Bracket teaches that everyone deserves to tell their own story.

Even though Loser Bracket is written at a fifth-grade reading level, the story hits on tough, mature topics such as abortion, obesity, domestic violence, and suicide. For example, Annie’s sister tries to kill herself and her son by driving her car into a lake. A must-read for mature readers, Losers Bracket is a thought-provoking book about what it means to call someone “family.” 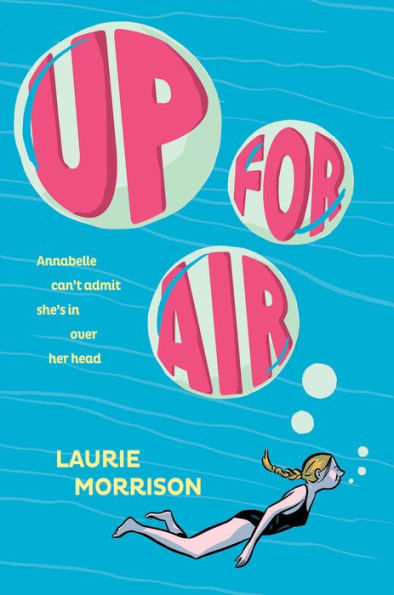 Annabelle is relieved to be finished with seventh grade, and she’s ready to swim the summer away with her two best friends, Jeremy and Mia. In school, Annabelle struggles due to a learning disability, but when it comes to swimming, she’s the fastest girl in middle school. In fact, she is so fast that she is recruited to join the high school summer swim team. She is excited to hang out with her new teammates, especially Conner, a cute sophomore who just can’t seem to take his eyes off her. However, after an accident that leaves her unable to swim, she realizes how fragile her popularity really is. She starts to question if Conner really likes her, who her real friends are, and who she is without swimming.

Morrison addresses difficult topics through the eyes of an incredibly perceptive thirteen-year-old. Annabelle wants to express her sympathy to others, such as Jeremy’s older sister, Kayla, who is recovering from an eating disorder. Although Annabelle has never had an eating disorder, she understands how hard it must be for Kayla to wear a swimsuit or go to an ice cream parlor. She tells Kayla, “I’m sorry you had to go through that. It must have been really hard. And I’m really happy you’re better.”

Although Annabelle is a competitive swimmer, Up for Air hardly talks about the sport itself. Instead, it focuses on how being on the high school swim team affects Annabelle, her friends, and her family. Even though Annabelle makes mistakes throughout the book, readers will still love her as she grapples with the changes that come with adolescence. Like many girls, Annabelle struggles with insecurities, anxiety, and the desire to be liked.  Up for Air explores the themes of self-confidence, friendship, and trust, making it the perfect bridge between elementary and young adult books.