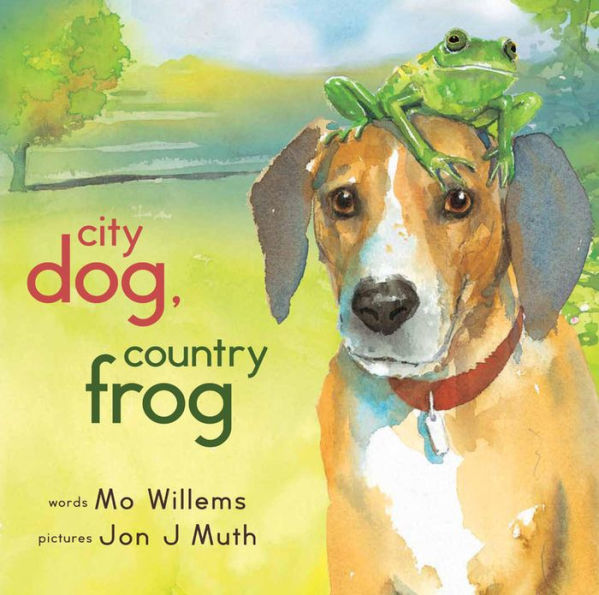 In spring, when City Dog runs free in the country for the first time, he spots Country Frog sitting on a rock, waiting for a friend. “You’ll do,” Frog says, and together they play Country Frog games. In summer, they meet again and play City Dog games. Through the seasons, whenever City Dog visits the country he runs straight for Country Frog’s rock. In winter, things change for City Dog and Country Frog. Come spring, friendship blooms again, a little different this time.

The story goes through the four seasons. But in winter, Country Frog is missing from the scenes. The story implies that the frog has died, and City Dog’s sadness is evident. However, when spring arrives City Dog meets a chipmunk. At this point, City Dog repeats Country Frog’s words: He says he is “waiting for a friend, but you’ll do.” And then City Dog “smiled a froggy smile.”

Even though City Dog, Country Frog is a picture book, the story intended to be read aloud to a child, rather than for the child to read it for the first time independently. Each page has 1 to 3 sentences and some of the sentences are complex. City Dog, Country Frog is a touching story that both young and older readers will enjoy. It’s a perfect book to put in your reading library because children will begin to understand the underlying themes as they grow.

The story has several underlying themes such as the rhythm of the seasons, the loss of a friend, and learning from each other. While younger readers may not understand the deeper themes, they will still fall in love with the two unusual friends. The captivating illustrations perfectly blend with the text’s words to create a lovely vision of friendship.