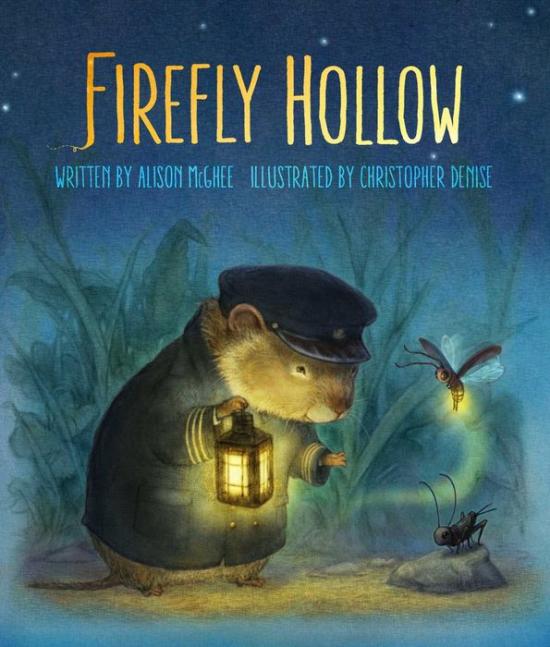 Their dreams seem too big for the Hollow, and as Firefly and Cricket chase them beyond the trees, they stumble upon a giant, like the ones they have always been warned about. But this giant is different—he’s miniature, and his name is Peter.

Peter is in need of friends, even small ones, even if his dad thinks they are imaginary. But Firefly and Cricket are actual, not imaginary. And so are their dreams. And sometimes dreams, like friendships, lead to something extraordinary.

In the Hollow, both fireflies and crickets have been warned to stay away from humans, who are dangerous. “The worlds of tiny creatures and humans were unbridgeable, or at least that’s what crickets and fireflies were always told. But every once in a while, there was one—sometimes two—who ventured out of firefly nation, out of the cricket nation, to test the waters on their own.” Despite their fear, Firefly and Cricket leave the hollow and become friends with Peter. In the process, they learn that friends—no matter how small—can come in unlikely places.

Firefly Hollow shows how dreams can come true in unexpected ways. Unlike most of the Hollow’s creatures, Peter doesn’t make fun of Firefly’s and Cricket’s dreams. Instead, he helps them achieve their goals through encouragement and advice. Through the three friends’ experiences, readers will learn that true friends are kindred spirits who accept you as you are. As Vole says, “A kindred spirit is someone who understands the deepest dream of your heart.”

The Hollow is portrayed in a magical way through beautiful illustrations. Both black and white drawings and full-color illustrations appear every 3 to 7 pages. Most of the black and white illustrations focus on the characters. The colored illustrations show the beautiful light from fireflies as well as the scale of Firefly and Cricket compared to their surroundings. While younger readers will love the story, they may need help with the book’s advanced vocabulary which includes words like carapace, heedless, disintegrate, circumnavigated and kindred.

Firefly Hollow is a must-read because it is a beautiful story about friendship that shows the importance of determination, preservation, practice, and trying new things. The story also explores the idea of death by focusing on how people are missed after they die. Even though Firefly and Cricket are bugs, they are completely loveable and relatable. Readers will fall in love with the two friends who remind us that dreams are never too big.