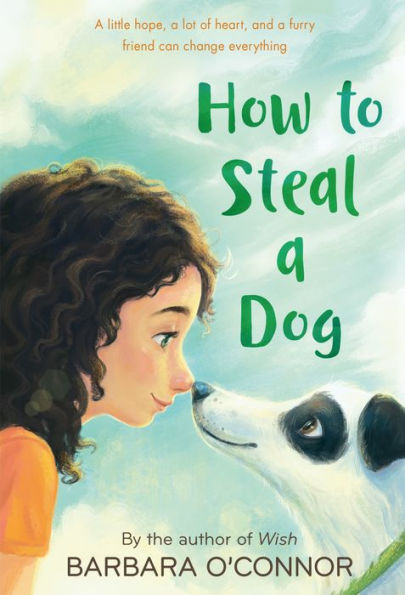 “Sometimes the trail you leave behind is more important than the path ahead of you,” Mookie. –How to Steal a Dog

How to Steal a Dog

Georgina Hayes’ life was turned upside down when her father left and they were evicted from their apartment. She hates living in a car with her mother and brother. Her mama is trying the best she can. Mama works two jobs trying to get enough money to find a place to live, but now Georgina is stuck looking after her younger brother, Toby.

Without a home, Georgina begins to look unkempt, and the kids at school notice. Georgina is angry and flustered because she’s also lost her best friend and her good grades. Georgina is desperate to make things better. When Georgina spots a missing dog poster with a reward of five hundred dollars, the solution to all her problems suddenly seems within reach. All she has to do is “borrow” the right dog and its owners are sure to offer a reward, but nothing goes how Georgina planned.

Georgina’s story sheds light on the problem of homelessness. Because the story is written from Georgina’s point of view, readers will be able to understand Georgina’s conflicting emotions and her desperation to live in a home. Georgina is frustrated and angry, which causes her to be mean to her brother. When Toby asks Georgina what’s wrong, she thinks, “How could I answer that? Should I start with that big F at the top of my science test today? Or should I jump right on into how mean our daddy was to leave us in this mess? And then should I move on to how bad it felt to live in a car while my best friend went to ballet school with somebody better than me?”

How to Steal a Dog shows readers how people often misjudge others based on their living situation. For instance, Georgina misjudges Mookie because he is a “bum.” Even though Mookie is homeless, he is kind and helps others. Although Mookie knows Georgina stole Willy, he keeps her secret and helps guide Georgina into making the right decisions. However, when Georgina skips school, Mookie tells her, “School’s about as useful as a trapdoor on a canoe.” Through her interaction with Mookie, Georgina learns that “sometimes the trail you leave behind is more important than the path ahead of you.”

How to Steal a Dog tackles the issue of homelessness in a kid-friendly manner that highlights the importance of being kind to others. Readers will relate to Georgina’s desire to keep her situation secret so kids don’t make fun of her. The conclusion shows Georgina’s family finally finding a house, but it also leaves several unanswered questions. How to Steal a Dog is an easy-to-read story that will help readers grow empathy. For more books with a homeless character, add Crenshaw by Katherine Applegate to your must-read list.

“Sometimes the trail you leave behind is more important than the path ahead of you,” Mookie. –How to Steal a Dog