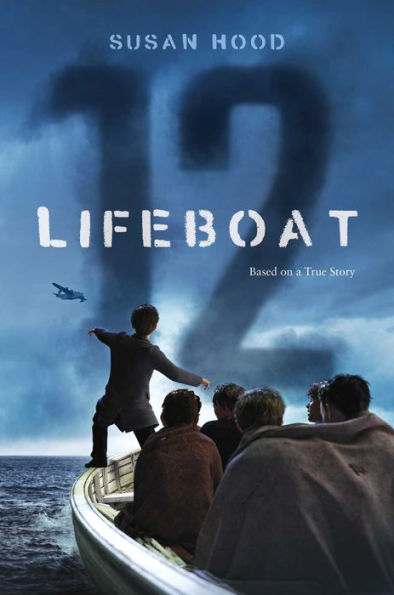 “Everyone says Derek and Bill are heroes for saving Father O’Sullivan. But they don’t think so. Heroes don’t lose their little brothers,” Ken. —Lifeboat 12

Life for thirteen-year-old Ken is difficult. His father is out of work. He thinks his step-mum dislikes him. He often gets into trouble, and the Nazis are bombing his city. But when he is given the chance to be evacuated with ninety other boys and girls, Ken isn’t excited. He wants to stay home. However, Ken’s father says he’s lucky to be chosen to go to Canada aboard the SS City of Benares.

When the children board the luxury ship, Ken can’t believe his good luck. He’s making new friends, eating delicious food, and doesn’t have to endure his stepmom’s glares. When the ship is 600 miles from shore, everyone thinks they’re safe. They’re wrong.

Five days after they leave port, an explosion rocks the ship. They’ve been torpedoed. With the

Baranes sinking quickly, Ken rushes to Lifeboat 12. Ken, five other boys, one woman, and 39 men are all crammed onto one lifeboat. Will Lifeboat 12 be rescued? If not, how will they survive lost in the ocean?

Lifeboat 12 is a gripping story that will keep readers turning pages until the very end. Beautifully written in free verse, every word develops the characters and advances the plot. The author uses alliteration, onomatopoeia, and sense words to give a clear, sharp picture of World War II. Hood describes the events of World War II without showing the gory details of death while keeping the intensity of danger at the forefront.

The story is told from Ken’s point of view and is divided into three sections—Escape, Afloat, and Rescue. Each section describes Ken’s day-by-day experiences. Since the story is told from a thirteen-year-old’s perspective, the descriptions remain appropriate for even younger readers. Ken’s thoughts and emotions add to the intensity of the story and allow the reader to understand his conflicting emotions. The conflict will keep readers engaged; they will want to know if Ken survives his harrowing experience.

Although Ken’s story is fictionalized, the events and many of the character’s words are based on Hood’s research. Even though the story is filled with historical information, the book never sounds like a history book. Instead, Ken’s experiences and observations bring history to life in an engaging story that is difficult to put down.

Even though the devastation of World War II is clear, Lifeboat 12 shows the courage and kindness of others. Ken said, “I survived thanks to the kindness of people I didn’t know, people who were all different, people who wanted to help.” Lifeboat 12 is a suspenseful, gripping story that everyone should read, not only for the historical value but because it is a captivating story that will leave you gripping the edge of your seat. Ken’s story will remain with readers for a long time to come.

“Everyone says Derek and Bill are heroes for saving Father O’Sullivan. But they don’t think so. Heroes don’t lose their little brothers,” Ken. —Lifeboat 12