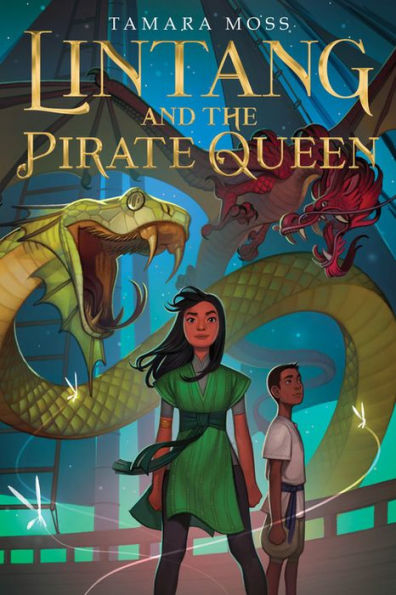 “She would break every rule in the world if it meant she could save him,” Lintang. –Lintang and the Pirate Queen.

Lintang and the Pirate Queen

Lintang loves her family, but she doesn’t want to be a homemaker. Lintang dreams of leaving her island home. She longs to go on dangerous and daring adventures. When she meets the infamous pirate, Captain Shafira, Lintang wants to join her crew. When she gets her chance, Lintang promises to follow orders. However, Lintang’s curious, impulsive attitude always gets her into trouble.

Lintang discovers that living on a pirate ship can be difficult. Her loyalties are divided when she finds that her best friend, Bayani, has stowed away and is desperate to stay hidden. Lintang knows that Bayani is hiding a secret that could change the world. However, she has promised the pirate queen that she will never lie to her. How can Lintang impress the pirate queen and keep Bayani’s secret at the same time?

Readers will relate to Lintang, who has a difficult time following orders. Despite her best intentions, Lintang gets into trouble time and time again. When Lintang is demoted to a cabin girl, she gains the crew’s respect through her positive attitude and work ethic. During her voyage, Lintang “had turned into Lanme Vanyan (the mother of all monsters), faced a Kanekonese siren, fought a dragon, almost drowned twice, battled a sea serpent, [and] worked as a cabin girl.”

Moss creates a beautiful world full of mythies. Some mythies are friendly and others are deadly. In order to introduce the different creatures, many of the chapters being with a page from The Mythie Guidebook, which describes each type of mythie. The information describes how to eradicate the mythie, their behavior, danger level, and provides a description.

Lintang and the Pirate Queen has non-stop action as Lintang, Captain Shafira, and her crew embark on a dangerous journey where they fight fearsome monsters. The story ends in an epic multi-chapter battle that has many surprises. Because of the complex world, the complicated plot, and the large cast of characters, Lintang and the Pirate Queen is best for strong readers. However, adventure-loving readers will love this tale of friendship and adventure.

“She would break every rule in the world if it meant she could save him,” Lintang. –Lintang and the Pirate Queen.