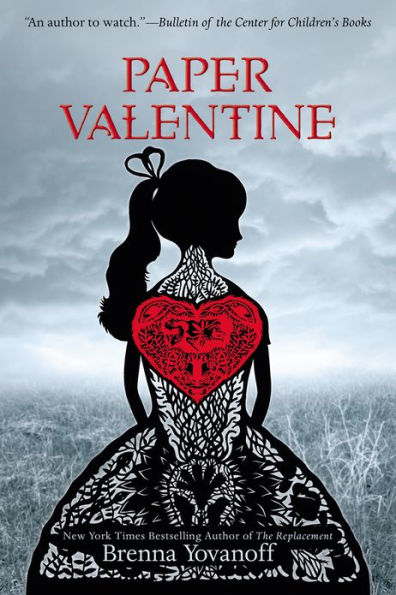 “I have this sudden itch that maybe sometimes the people who are mean to you wind up on the other end of it more than you’d think,” Hannah. —Paper Valentine

In the last six months, Hannah’s life has been turned upside down because Hannah’s best friend Lillian died and is now haunting her. Not only is Hannah struggling to understand the self-destructive behavior that led to Lillian’s death, but she is also grappling with changes in her elite friend group. When Hannah runs into bad boy Finny, she can’t decide if she should stay away from the boy with a bad reputation or if she should explore her growing attraction to him.

Then, when someone begins murdering young girls and leaving behind paper valentines, Lilian’s ghost encourages Hannah to look into the crimes. As Hannah discovers gruesome details about the murders, the ghosts of the dead girls begin appearing. But why do they appear when Finny is near? And by investigating, is Hannah making herself a target for the murderer?

Over the course of the book, Hannah struggles with depression and dealing with the death of Lillian. To make matters worse, Lillian has changed in death. Lillian criticizes Hannah for spending time with her friends, even though they were Lillian’s friends when she was alive. Lillian is mean to Hannah and says things like, “Hannah doesn’t like to live in real life. Hannah just wants to pretend that we all live in happy fairy-land, where everyone is super-best friends and no one is a heinous bitch and nothing bad is ever going to happen.” Although much of Hannah’s behavior seems week, she is like many teenagers who struggle with wanting to fit in.

Paper Valentine does an excellent job showing the complexities of people. Although most people think Finny is just a delinquent, he also has a streak of kindness. Hannah is able to look past Finny’s ‘bad boy’ image and see his good side. In addition, Hannah realizes that she and Lillian, “were always trying so hard to be perfect . . . when the funny thing was, we didn’t have to.”

Paper Valentine bounces from topic to topic, including the desire to be perfect, depression, eating disorders, child abuse, and ghosts. None of the topics are dealt with in detail and will leave the readers with unanswered questions. The conclusion was predictable, typical, and lacks insight into the mind of the killer. Those looking for an excellent murder mystery may want to bypass Paper Valentine. Despite its flaws, Paper Valentine is an enjoyable, unique story that junior high readers will enjoy. Paper Valentine is a fast-paced story that has a bit of a scare factor due to the ghosts. Readers will enjoy looking for clues to discover the murderer, and Hannah and Finny have some sweet moments.

“I have this sudden itch that maybe sometimes the people who are mean to you wind up on the other end of it more than you’d think,” Hannah. —Paper Valentine