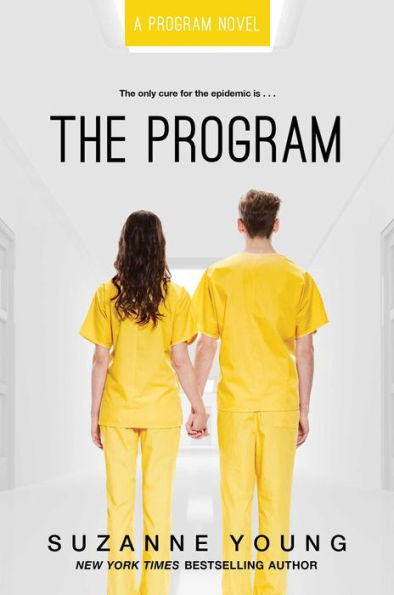 “I’m not complete. I’m missing a huge piece of my heart, memories of things I must have said and done, things I can’t have back. I want them, all of them. I want to be myself again,” Sloane. –The Program

Suicide has become an epidemic, affecting one out of three teenagers. The government and parents are scrambling trying to understand, but are unable to find a source. The Program is considered the only cure. With a 100% success rate, parents think it’s an incredible gift. But teenagers don’t view it the same way, because once you go through The Program, you come back without your memories. You’re happy, but you’re no longer you.

Sloane and her boyfriend James depend on each other to keep up each other’s spirits. They pretend that everything is okay. But after their friend commits suicide, James falls apart and is taken into The Program. Sloane quickly follows, when her mother betrays her by calling the handlers. Once inside The Program, Sloane is determined not to lose her memories. But the drugs the facility use keep her in a constant haze and start whittling away at who she is. Will Sloane be able to keep a hold on who she is? Or is she doomed to become just another happy, vacant shell?

While The Program centers around suicide, it does not go into possible causes of suicide, such as social media or familial issues. In The Program, suicide is like a contagious disease. If someone you know has committed suicide or is depressed, then you’re infected and are likely to follow. While suicide isn’t encouraged, it is dramatized in a way that may concern parents. Multiple teenagers in the story commit suicide not only because they are depressed, but also because they feel like they lack control over their lives. Suicide is how they take their power back. Given that teenagers often struggle with such feelings, portraying suicide in such a manner may be concerning.

The Program will entertain younger readers, but more advanced YA readers will find several plot developments implausible, which may detract from the story’s enjoyment. The teenagers in The Program are well-developed, but the parents and adults in the book are not. While Sloane is a well-developed character, she lacks the ability to make her own decisions. At first, she is utterly dependent on James. Then, when Sloane loses James, she quickly becomes dependent on another boy character rather than finding her own footing. All in all, The Program is one YA series that may be better left unread.

“I’m not complete. I’m missing a huge piece of my heart, memories of things I must have said and done, things I can’t have back. I want them, all of them. I want to be myself again,” Sloane. –The Program