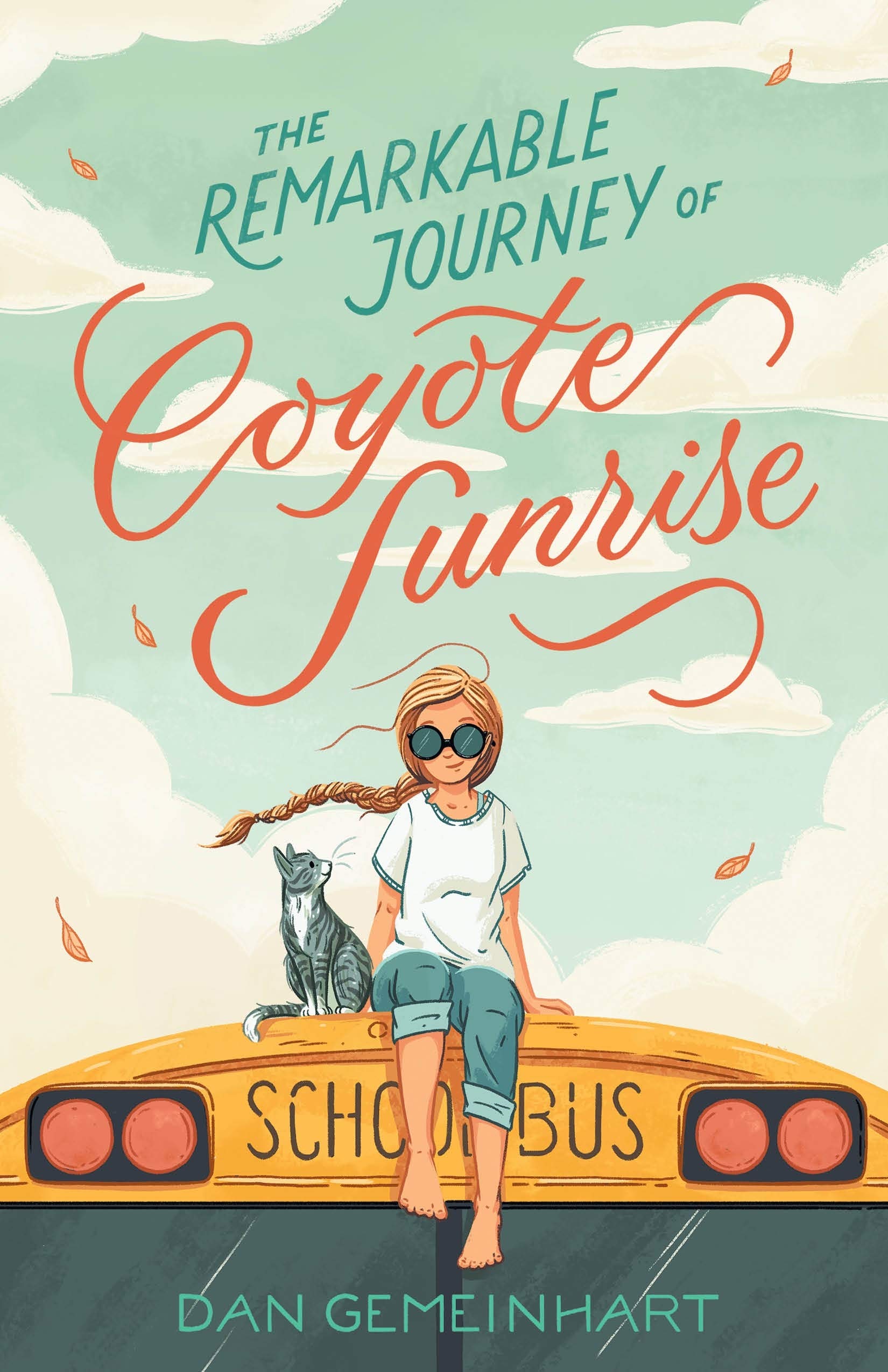 The Remarkable Journey of Coyote Sunrise

Twelve-year-old Coyote Sunrise and her dad, Rodeo, have lived in an old school bus named Yager for five years—the same amount of time it’s been since her mother and two sisters suddenly died in a car accident. Coyote and Rodeo haven’t gone back home since the accident. They’re only looking forward and never turning back. Then, Grandma calls Coyote and tells her that the city is tearing down the park in Coyote’s hometown—the same park where Coyote, her mom, and sisters buried a treasure chest.

Coyote devises a plan to trick Rodeo into driving home to Washington State to get the treasure chest. Along the way, Coyote and Rodeo pick up an eclectic cast of characters, all with their own stories and destinations in mind. Coyote and Rodeo both learn that to move forward, sometimes you must go back.

The Remarkable Journey of Coyote Sunrise is a funny, touching book that explores themes of grief and love. After the tragedy that strikes their family, Coyote and Rodeo never allowed themselves a moment to process their grief. They go so far as to pick new names for themselves, and they consider going back to their home in Washington State to be a major “no-go.”

When Rodeo figures out that Coyote has tricked him into taking them back, they must face each other not as companions on a school bus adventure, but as a father and daughter who lost the rest of their family. Coyote demands of him, “Why can’t you be my dad?” Coyote and Rodeo’s relationship is one of the most interesting dynamics because so much goes unsaid between them. Although Coyote helps explain certain rules and turns-of-phrase for the reader, Coyote and Rodeo’s relationship is more complicated than what’s initially expected.

Coyote is the narrator of this book, and she has a unique way of speaking to the other characters and to the reader. Coyote is funny and expressive, but much like with her relationship with Rodeo, there are certain things that are left unsaid until she’s comfortable thinking about them. For instance, she doesn’t even think about her sister’s names until late into the book. Through Coyote’s narration, the reader can see her complexity.

The supporting characters are striking and dynamic, and Rodeo and Coyote embrace their new friends with open arms. The Remarkable Journey of Coyote Sunrise is as much about putting the past to rest as it is about a found family. In the end, Coyote and Rodeo are happy to remember their loved ones while embracing their found family. The Remarkable Journey of Coyote Sunrise is for readers of all ages and is a must read because it handles the universal themes of grief, love, and family with an intelligent and kind hand. This isn’t a journey to miss.