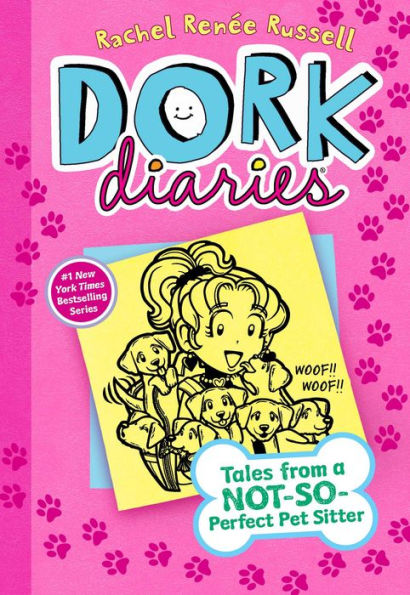 Nikki is excited that mean girl MacKenzie is no longer going to her school. She thinks MacKenzie is out of her life for good, but she is wrong. By accident, Nikki finds out that MacKenzie is telling her new friends all kinds of lies. Should Nikki tell MacKenzie’s friends the truth?

Then Nikki and Brandon find Holly and her seven puppies outside of Fuzzy Friends, a dog shelter where Brandon volunteers. The shelter is full, and Brandon is worried because “Not all places in the city have a no-kill policy like we do.” The friends think about hiding the dogs in the shelter even though it’s “a serious violation that could get us shut down.” When MacKenzie overhears Nikki and Brandon’s plot, they decide to take care of the dogs themselves.

Nikki lies to her mother, telling her that, “due to a family emergency, a good friend of mine needs a pet sitter for his dog.” Since Nikki’s mother said she didn’t want a dog in the house, Nikki decides to hide Holly and her puppies. Nikki’s friends help her come up with a plot to keep Nikki’s parents out of the house. When her mom unexpectedly stays home, Nikki and her friends try to hide the dog at the school, which requires more lies and plotting. When Nikki involves her friends and another girl in her schemes, she says, “I felt like a snake. A dishonest, manipulative, and very desperate snake!” That is an accurate description of Nikki’s character.

The conflict of hiding Holly and her puppies would be sufficient to keep readers entertained. Adding the character MacKenzie simply brings out the worst in Nikki and turns her into a mean girl. At one point, Nikki thinks the mean girl MacKenzie is like a disposable baby diaper because, “they’re both plastic, totally self-absorbed, and full of poop!!” However much like MacKenzie, Nikki’s treatment of MacKenzie and her sister makes Nikki come across as self-absorbed and snotty.

Dork Diaries is written in the form of a diary, which contains lists, quote bubbles, emoji’s and text talk such as “BFF and OMG.” The cute black-and-white illustrations show Nikki and the others in stylish clothes. Since the story is written in diary format, most paragraphs consist of one to two sentences and much of the text is stereotypical preteen talk.

The fun story will entertain readers. However, Tales from a Not-So-Perfect Pet Sitter shows Nikki being dishonest and still being rewarded. In the end, Nikki’s parents never learn of her deception, and her parents decide to bring home the exact puppy that Nikki had wanted. Tales from a Not-So-Perfect Pet Sitter is an easy-to-read, fun story, but the main character has many qualities that parents will not want their child to emulate.