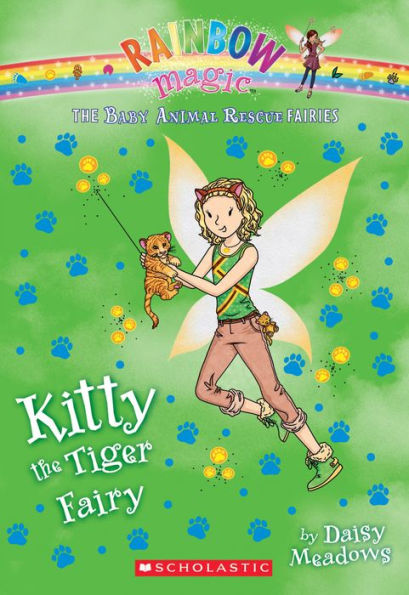 Rachel and Kirsty are spending a week of their summer vacation volunteering at the Wild Woods Nature Reserve. While the girls want to help others, Jack Frost is up to no good. He has stolen the Baby Animal Rescue Fairies’ magic key chains and is planning on kidnapping baby animals for his icy zoo.

The Baby Animal Rescue Fairies follows the same format as the Pet Fairies series. Both series combine fairies, animals, and Jack Frost’s goblins to create an entertaining story that younger readers will enjoy. While the goblins spend most of their time running away from the tiger cub, younger readers will enjoy guessing what the goblins will do next. The story highlights the importance of volunteering and taking care of the environment.

Rachel and Kirsty are likable characters who use their time to help others. The characters are not well developed and the plot structure is repetitive of the previous books. Despite the predictable plot, readers of The Baby Animal Rescue Fairies will enjoy seeing Rachel and Kirsty defeat Jack Frost’s goblins. Black-and-white illustrations help readers visualize the plot while illustrations of the animals’ lives add to the story’s cuteness.