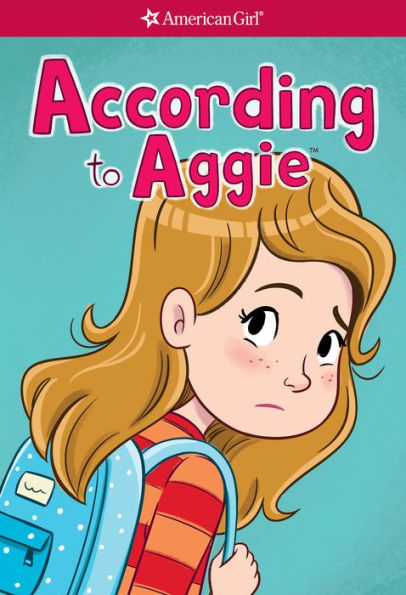 “People change, and their friendships can change too. It’s normal,” Aggie’s mom. —According to Aggie

For 11-year-old Aggie, life is routine. She spends her time with her family and her best friend Fiona. When Fiona begins acting differently, Aggie isn’t sure what’s going on. They didn’t have a fight. Nothing has really changed, but Fiona isn’t spending time with her. Aggie wonders why Fiona is canceling plans and ignoring her. How should Aggie act around Fiona? Will she be able to make new friends?

Written in graphic novel format, younger readers will enjoy According to Aggie’s easy-to-read format and the cute colored pictures. The story has eight or fewer sentences per page, which makes the story accessible to even the most reluctant readers. Plus, readers will relate to Aggie’s fear that she will not be able to make new friends. Aggie is afraid that others won’t want to be her friend because they will think she is “weird” and “will catch the no-friend disease.”

All of the parents in the story are portrayed in a positive light and give different examples of healthy relationships. Three different mothers appear in the story, and although they make a brief appearance, they are clearly portrayed in a positive, caring light. Aggie’s mother helps Aggie work through her problems and suggests that Aggie write her feelings in a diary.

Because the story is told from Aggie’s point of view, the reader will understand her confusion and fear. The illustrations do an excellent job of portraying Aggie’s emotions. Even though the story focuses on Aggie’s internal struggle, there is enough action to keep readers interested. According to Aggie uses delightful illustrations and an interesting story to teach about the struggle to make friends.

“People change, and their friendships can change too. It’s normal,” Aggie’s mom. —According to Aggie