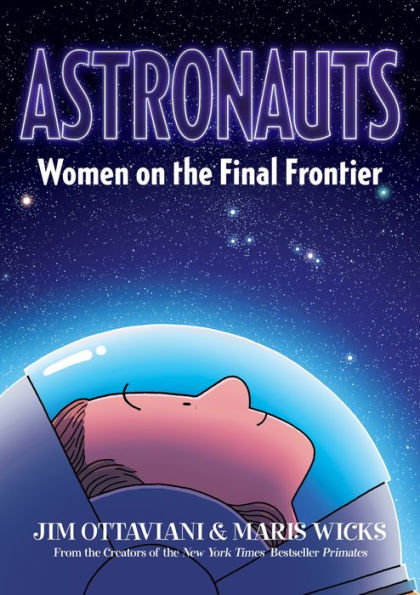 “Humans do great things in part because we’re so good at generalizing and working together. But as John said, ‘group think’ is a problem,” astronaut Mary Cleave. –Astronauts: Women on the Final Frontier

The United States may have put the first man on the moon, but it was the Soviet space program that made Valentina Tereshkova the first woman in space. It took years for the U.S. to catch up, but soon NASA’s first female astronauts were racing past milestones of their own. The trailblazing women of Group 9, NASA’s first mixed-gender class, had the challenging task of convincing people that a woman’s place is in space. But the women soon discovered that even NASA had a lot to learn about making space travel possible for everyone.

Astronauts: Women on the Final Frontier follows Mary Cleave and Valentina Tereshkova, the first woman in space, among others. Many people, including Valentina’s own mother, didn’t think women were capable of becoming astronauts. Astronauts: Women on the Final Frontier takes a humorous look at the gender stereotypes that women astronauts had to overcome. For example, as the first American woman in space, Sally Ride faced great pressure from the media.

Once NASA allowed women to train as astronauts, men realized women were capable of completing difficult tasks. Despite their differences, every astronaut works as a team to complete essential tasks. When Mary finally went into space, she talks about the beauty of space as well as some of the difficult aspects of space flight, such as how difficult it is to use the bathroom with no gravity. While the book has some lighter moments, it also reminds readers, “when you made a serious mistake in this job, it cost lives. We’ve lost three crews: Apollo 1 in 1967, Challenger in 1986, and Columbia in 2003.”

Even though Astronauts: Women on the Final Frontier is a graphic novel, it packs a lot of history into a short amount of text. Since the text rarely uses people’s names, keeping track of the huge cast of characters is difficult. The back of the book has several pages with pictures of different astronauts, but these pages do not include names. Younger readers may become frustrated by the difficult space language as well as the unique font that is used when the Russians speak. One example of a complicated sentence is when Mary said, “That’s because of the 1X resolver’s IMU BITE, we needed a GNC spec 1on CRT 2.”

Strong readers who have a love of history and space will enjoy being introduced to space history, astronaut training, and life in space. The often humorous artwork excellently shows the characters’ feelings through facial expressions. Most pages contain two types of text. The characters’ words are shown in white quote bubbles, while the narrator’s thoughts and basic information appear in the square, blue boxes. Each page contains 2-13 complex sentences.

Even though Astronauts: Women on the Final Frontier focuses on women, the graphic novel will appeal to both girls and boys. In the end, the book shows that with hard work, dedication, and perseverance, anyone can become an astronaut. The last panel shows a diverse group of women who are the “future astronauts.” Everyone who dreams of going into space should read Astronauts: Women on the Final Frontier.

“Humans do great things in part because we’re so good at generalizing and working together. But as John said, ‘group think’ is a problem,” astronaut Mary Cleave. –Astronauts: Women on the Final Frontier