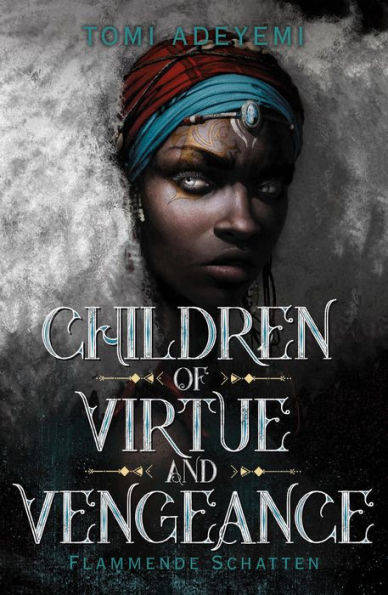 “It hasn’t even been a moon since the ritual and it feels like magic’s destroyed the entire kingdom,” Amari. —Children of Virtue and Vengeance

Children of Virtue and Vengeance

Since the ritual that brought magic back to Orïsha, rebel maji have been concentrating their forces in preparation to take down the corrupt monarchy that has oppressed them for so long. Not only have the white-haired maji regained their magic, but nobles inside the monarchy have also begun to gain magical powers, heightening the stakes of the upcoming war.

Children of Virtue and Vengeance picks up shortly after the conclusion of Children of Blood and Bone.  The second installment in the Legacy of Orïsha series showcases the political struggles of the Orïsha’s rebel army. The story is told from the rotating perspectives of Inan, Zélie, and Amari. Inan, the crown prince of Orïsha, returns to his mother’s inner circle and struggles to understand which side he should take in the war. Amari, once the princess of Orïsha, has joined the rebellion and is hoping to lead the people to victory and take her place as their new queen. Zélie has become one of the most powerful maji in the rebellion. While she hones her new powers, she also must grapple with processing the traumas she underwent in the first part of her adventure, which was detailed in Children of Blood and Bone.

Amidst endless political turmoil and battles, the reader will likely find the most compelling part of the story to be the relationships between the characters. Amari and Zélie had a strong friendship in the first installment, but political stressors test their bond. Meanwhile, Zélie’s feelings for Inan, which were romantic in the first book, solidify into hatred. Consequently, Zélie begins a new romance with pirate mercenary Roen, while her brother Tzain continues seeing Amari.

Audiences may find the plot unsatisfying, as its pacing does little to hold the reader’s attention. The prolonged battles are difficult to follow and visualize. Characters talk abstractly about the deaths of soldiers and rebels while discussing war strategy, but this limits the battle’s emotional effect. The most compelling parts of this book are the emotional struggles that the characters experience. Zélie, Inan, and Amari all struggle with anxiety, grief, and the long-lasting effects of trauma. They make messy decisions, and their relationships break apart due to stress. Readers who rooted for the friendships forged in the first book may find themselves disappointed when these friendships fall apart.

The politics are hard to follow, and the constant switch of perspectives makes the battle scenes difficult to understand. Despite this, fans of the first book will be happy to have a continuation of the story. However, they won’t find the same adventure and excitement that made the first book so memorable.

“It hasn’t even been a moon since the ritual and it feels like magic’s destroyed the entire kingdom,” Amari. —Children of Virtue and Vengeance