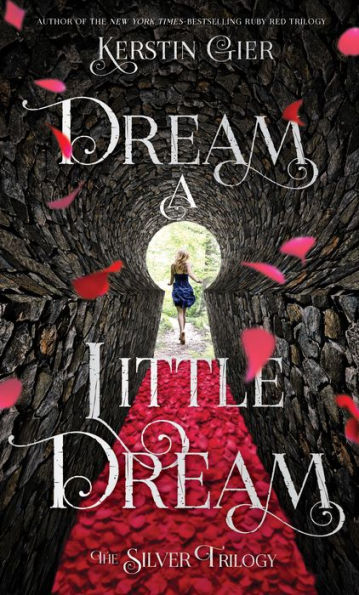 Other books by Kerstin Gier

“I very much hoped there wouldn't be any skeletons or half-petrified zombies in this dream, because that sort of thing always terrified me in movies,” Liv. —Dream a Little Dream

Liv is used to strange and new things. For all of her life, she has bounced from city to city as she moved from one place to another. This time she and her sister, Mia, are packing up their belongings for England because their mother has garnered a teaching position at Oxford University. Little does she know that this move will be the strangest yet.

Liv finds herself thrust into a world of gossipy blogs, a rich new family, and vivid dreams that make her question her reality. She soon finds herself entangled in bizarre dreams in which she is led to the most popular boys in school, one of which is her new “brother.”  Before she can even adjust to her new life, she is swept away into deals with a demon to free the boys from a terrible fate. Liv’s curious mind drives her closer to the heart of the mystery of the dreams as she searches for the truth underneath all of the madness.

Dream a Little Dream is an entertaining and suspenseful novel that leaves readers on the edge of their seats as they wonder what will happen next. Many of the characters are introduced at the same time, which causes confusion.  However, the story has a creative and engaging premise that is very enjoyable. The reader is able to discover this new world along with Liv and relate to her confusion, fear, and curiosity. The book has a surprising plot twist that adds to the enjoyment of the novel, but what follows that event leaves much to be desired. The attempt to leave room for a sequel ruins the ending and causes the reader to be confused rather than curious about the next installment in the series. Additionally, the novel describes how characters conduct rituals to make deals with a demon, which may be concerning to some parents.

Other books by Kerstin Gier

“I very much hoped there wouldn't be any skeletons or half-petrified zombies in this dream, because that sort of thing always terrified me in movies,” Liv. —Dream a Little Dream