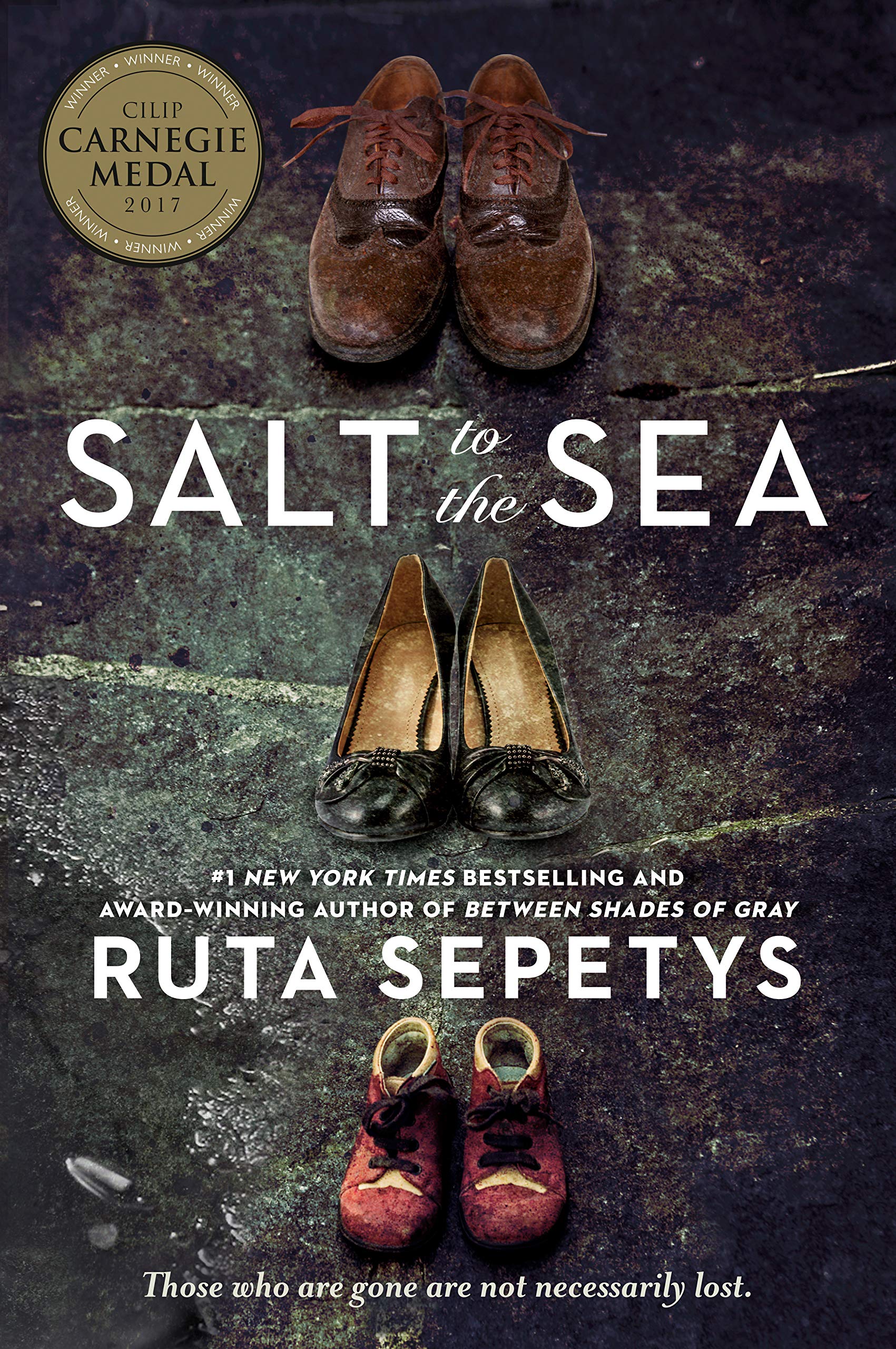 “War is catastrophe. It breaks families in irretrievable pieces. But those who are gone are not necessarily lost,” Clara Christensen - Salt to the Sea

Salt to the Sea

Set during the end of World War II, Salt to the Sea follows the story of four refugees seeking shelter from the rampages of war. With the rapid advance of Soviet forces against Hitler’s Reich in Poland, Latvia, East Prussia, and Lithuania, thousands of refugees flood toward the port of Gotenhafen with the dim hope of escape. For these thousands, Gotenhafen is a chance to flee the inevitable onslaught and destruction created by the oncoming Soviets. Amidst this hurried procession of souls are four teenagers who witnessed the innumerable tragedy wrought by war. Each teen is from a different homeland and has a different background, yet all have equally dangerous secrets.

Joana is a nineteen-year-old Lithuanian expatriate who previously spent the entirety of the war as a conscripted nurse, tending to wounded and dying soldiers. Florian is an eighteen-year-old Prussian thief and forgery master wanted by the Nazis because of his shameful past. Alfred, also referred to as “Frick”, is a delusional seventeen-year-old Nazi Kriegsmarine soldier who is attempting to overwrite his troubled past through enlistment. Emilia is a fifteen-year-old Polish refugee running from the destruction of her homeland as both the Nazis and Soviets hunt her and her countrymen. Each character carries their own mysteries, whether shameful or perilous.

Salt to the Sea is told in first person point of view, with the main narrative being split between the four characters. Each chapter shifts from one character’s point of view to another, creating a cleverly knitted narrative that explores the ongoing tumult of their lives. Although each of our four protagonists have their own agendas, the audience can sympathize with each character as they struggle to not only survive but to also find themselves.

Salt to the Sea is a fast-paced, intense, and emotional story that will have readers gripped to the very last page. Sepetys does an incredible job weaving multiple narratives into one effortless adventure. Each chapter provides the reader with an increasingly dark understanding regarding the horrors of war and the vast challenges that refugees must overcome. As this book follows the inevitabilities of war, there are distinct violent moments and deaths which Sepetys has written to be intentionally jarring.

Although distressing and dark, Salt to the Sea tells the hopeful story of refugees fighting for a better future and their personal growth along the way. Salt to the Sea is a must-read for all those interested not only in history but also in the human condition as Sepetys colorfully illustrates the horrors of war.

“War is catastrophe. It breaks families in irretrievable pieces. But those who are gone are not necessarily lost,” Clara Christensen - Salt to the Sea