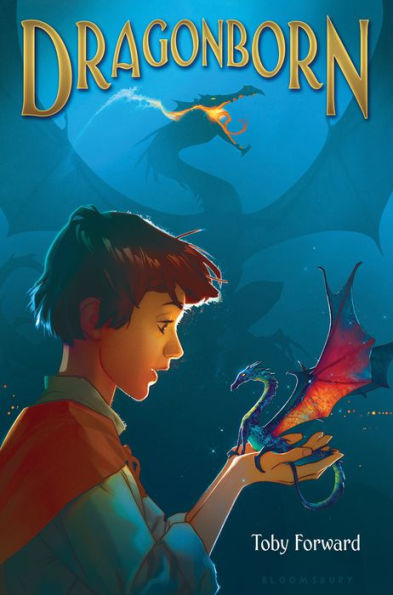 “Trust what you have chosen. There is a reason. Sometimes it has chosen you,” Flaxfield. —Dragonborn

Sam lived a quiet life as a wizard’s apprentice. Sam’s only friend was a dragon named Starback. When Sam’s master dies, other wizards come to help bury the man. When the group argues over Sam’s fate, he runs. Sam is unsure of where to go, but he knows he wants to finish his education in magic.

Sam and Starback set off on a journey. They know Sam must avoid the wizards, but there are hidden threats as well. There is someone who wants Sam’s power, and she’ll use deceit and magic to capture Sam. Will Sam be able to find his path without being trapped in her snare?

A book about a boy and a dragon should be amazing, but Dragonborn lacks action. For most of the story, the dragon is off trying to protect Sam, but he isn’t an integral part of the plot. As Sam travels he meets some interesting people and learns about himself, but the story often lacks suspense.

Dragonborn was written for readers as young as eight, but the plot is difficult to follow. The beginning of the story goes back and forth between Sam’s stories and the apprentice’s notebook, which gives information about Sam’s world. Although the transitions between these two are clear, Sam’s story is more complicated because there are flashbacks that may be confusing for some readers. The point of view of the story changes between characters, which adds to the confusing nature of the story. There are so many characters introduced in the beginning chapters that it is difficult to keep track of all of them.

One aspect that may upset younger readers are the scenes that deal with death. The story begins with death, and the final preparations of the body are performed. Later in the story, Sam stumbles into a house where a man has just died and Sam must perform the burial rites, including taking the man to the Finished World. Although the book does not address what happens after one dies, the story may lead to questions about the afterlife.

Although the story has plenty of magic—both good and bad—the story does not explain how spells are made. The apprentice’s notebook reads, “Now, whenever it is worked, it does more than was meant, and it lives a life of its own. So never, never make magic just to make life easier, or to do something quicker. Always keep your magic for something that matters.”

“Trust what you have chosen. There is a reason. Sometimes it has chosen you,” Flaxfield. —Dragonborn