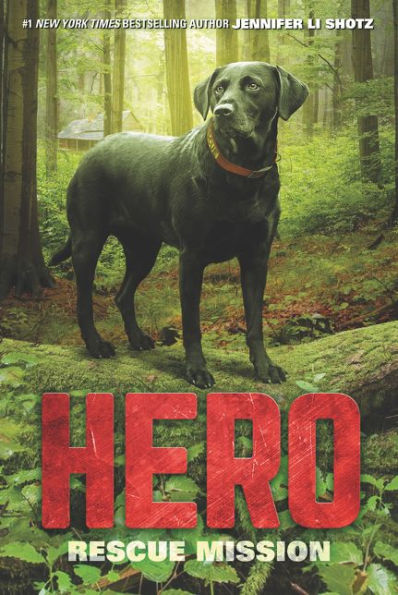 “It was a fact of life that Ben’s dad faced danger every day,” Ben. —Rescue Mission

During one of Ben’s baseball games, his dad is tasked with finding two escaped convicts. Ben promises his mom that he’ll stay home and be safe. Once he hears that his dad is missing, Ben knows he can’t keep his promise. After gathering supplies and sneaking out, Ben and Hero, his retired search and rescue dog, meet up with the police to find his dad.

Ben and Hero do everything they can to find his dad’s trail. Even with help from Officer Perillo and his new friend Tucker, finding his dad is tough. The duo fight through the forest, deal with dangerous snakes, and put their lives on the line. Ben’s dad is a cop – a hero in his own right – but the two convicts are clever and dangerous, forcing Ben and Hero to be extra cautious. The two escaped convicts won’t go down without a fight. Will Ben and Hero rescue his dad, or will the convicts win the day?

Hero: Rescue Mission is a very fast-paced story that centers on Ben. Through his point of view, the reader can understand his worries, fears, and frustrations surrounding his dad’s disappearance. Readers can also understand why Ben is so reckless. From the outside, it may look like Ben doesn’t seem to care about his own safety; however, he’s simply afraid he might never see his dad again.

The third installment in the Hero series focuses on how worry can make someone reckless. Ben wants to save his dad as fast as possible, but this also leads to him being bitten by a snake. That snakebite puts Ben in the hospital, which only makes the search more difficult. There are many times where Ben loses his cool and shouts at others because he thinks they aren’t moving quickly enough. Yet, through this adversity, Ben learns to take things slowly. He learns the value of caution, as well as careful planning.

Once again, Hero stars as one of the main characters of the story. The retired search and rescue dog is eager to find Ben’s dad. At the start of the story, Hero is just as anxious and reckless as Ben is. Through bonding and training, Ben and Hero begin to work as one. They need each other in order to save the day. Hero: Rescue Mission focuses on Ben and Hero’s fears as they race to find Ben’s dad. Despite the story’s fast pace, most of the story is about Ben learning to control both Hero and his emotions. Much of the conflict with the convicts occurs at the very end of the story. Once Ben finds his dad, he and Hero must battle the convicts and prevent them from robbing a convenience store. This mimics real police work and illustrates both the importance of the police and the danger they put themselves in.

Newcomers to this series do not need to have read the first two books in order to understand the plot. While there are references to the first two books, Ben explains the references. This book will appeal to young readers that have a parent or family member in the police force. With a realistic protagonist, an engaging emotional story, and a truly heroic search and rescue dog, Hero: Rescue Mission is a fun, exciting entry in Jennifer Li Shotz’s series.

“It was a fact of life that Ben’s dad faced danger every day,” Ben. —Rescue Mission