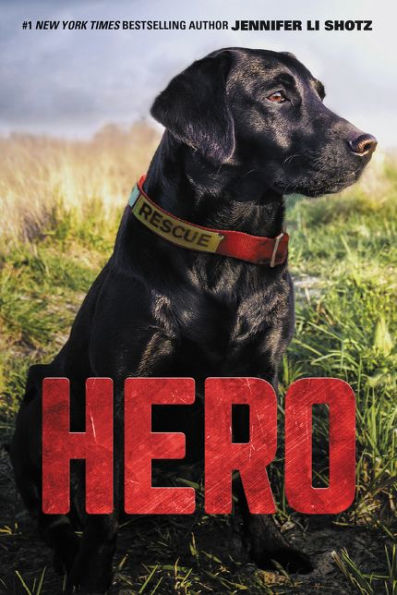 “Slooooow it down. Breathe. Act with purpose, kid,” Dad. –Hero

Hero, a retired search-and-rescue dog, is not prepared for a stray puppy to come into his life. But when he and a twelve-year-old boy, Ben, discover Scout is injured and afraid, Hero is determined to give the tiny pup a home. Ben promises his parents that he will be able to care for both of the dogs and still be able to keep up on his school work.

When Scout hears a loud noise, he becomes frightened and runs off, disappearing. Hero and Ben go in search of Scout, but soon Ben and Hero find themselves going down dangerous and unexpected paths. Ben soon learns that he has gained the attention of Mitch, the leader of a dogfighting ring. Mitch is determined to capture both Scout and Hero in order to make the dogs fight. Can Ben find his dogs and bring them home before it’s too late?

Ben is excited when he learns that the police department has agreed to let him take care of Hero. However, Ben soon finds that taking care of a dog isn’t as easy as he thought. Soon, Ben is falling behind in school and forgetting important obligations. Ben’s father has always taught him to act with purpose, but Ben seems to be messing up more and more.

When Scout and Hero are missing, Ben intentionally lies to his family about the dogs’ whereabouts because he doesn’t want to get in trouble. He also sneaks out of the house and puts himself and his friend Noah in dangerous situations. When Ben finally talks to his parents, he justifies his actions by thinking that he “hadn’t lied, exactly. He’d told his parents the truth—just not all of it.” Ben doesn’t reveal the whole truth until there is no other option.

Hero is a fast-paced story that takes readers into the dogfighting arena. Readers will connect with both Ben and Hero as they try to save each other. The story doesn’t just focus on dogfighting. Instead, Ben also has conflict with a new boy at school and his friend Noah. The well-rounded story is full of danger and friendship. Even though Ben’s actions do not always make sense, readers will fall in love with Hero.

“Slooooow it down. Breathe. Act with purpose, kid,” Dad. –Hero