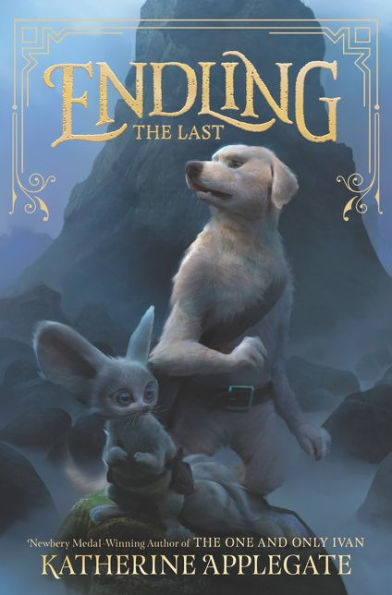 Byx, a dairnes, has always been a part of her family and a part of her pack. She has always had the love of her parents and the guidance of her pack. One terrible day, Byx wanders off from her pack’s nest. When she returns, she discovers that soldiers have killed everyone. Now Byx is the last of the dairnes. The endling.

As the youngest and the smallest of her siblings, Byx doesn’t feel like she is capable of taking off on her own. But she has no choice. She’s alone. Byx sets off on an epic journey in search of a legendary island where other dairnes may live. In her search for the island, she must travel through a war-torn kingdom and flee from knights who want to kill her.

During her travels, she finds allies who join her. There’s Tobble, the worthy wobbyk, Khara, the girl of many disguises, Renzo, the honorable thief, and Gambler, the principled felivet. Their enemies will stop at nothing to kill Byx, the last of the dairnes. Will Byx’s allies be able to keep her alive?

Byx’s story comes to life as she tells her own story of heartbreak and hope. As Byx meets others, she feels incapable of leading because she was the runt, and she feels like she was “too young to be clever. Too small to be helpful.” Many readers will relate to Byx’s insecurities, but also her determination to keep working towards her goal. Even though Byx feels that “this hope of mine is ridiculous. And I’m a fool,” others choose to follow her because Byx believed in them first. Through Byx’s experiences the message is clear; it is never wrong to hope.

The interesting and compelling characters are one of the best parts of the story. Readers will fall in love with Tobble, who according to wobbyk code, must save Byx’s life three times. Even though Tobble is small, he’s determined, fiercely loyal, and willing to fight for others. Each character has their own reasons to help Byx, but through teamwork they overcome obstacles. Each character has unique talents, which allow them to help their friends.

The Endling highlights that all people are capable of being a hero or a villain. In the story, humans are portrayed as untrustworthy deceivers who are hungry for power. Humans “do not understand the balance of life. They do not understand their will to dominate and control, to use and abuse, is destructive to all.” Throughout the story, humans are shown in a negative light, and younger readers may be frightened by the deception and the violence in the story. Much like real life, the death in the story is disturbing and the scenes may remain with the reader for a long time.

From the very first page, Applegate creates captivating settings and fascinating characters readers will love. The fast-paced adventure shows that even those who feel unworthy can become leaders. The Endling is an epic story that will take readers to an imaginative world where good must fight evil in the hopes of saving the last of the dairnes.