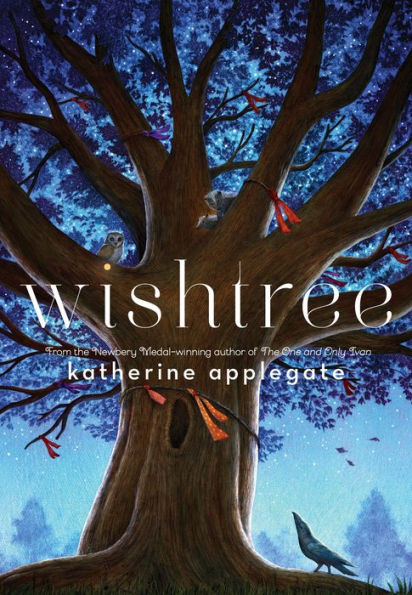 Red, an oak tree, has watched over his neighborhood for generations. As a “wishtree,” people have been putting their wishes on Red’s branches. Through his time watching and hearing people’s wishes, Red has gained much wisdom. Still, people confuse him.

Red’s best friend, a crow named Bongo, and the animals that live in Red’s hollows give Red’s life a sense of meaning. But when a new family moves into the house across from Red, he wishes that he could do something for the sad little girl who sits at the base of his trunk every night.

Red narrates this beautiful story about the complicated nature of friendship. Red comes alive and shines with personality in Wishtree. The story deals with the complicated issue of people who hate, but the themes are dealt with in a kid-friendly manner. Red’s animal friends come alive and bring a touch of humor to the story. Although Wishtree was written for 10- to 14-year-olds, the story will captivate an older audience as well.