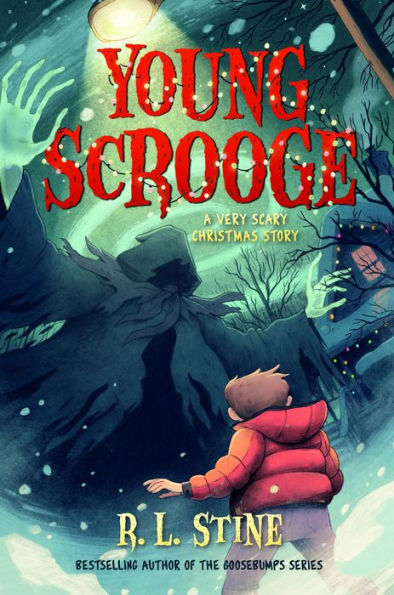 “Most kids get two days to get presents. But because my birthday is December twenty-fifth, I only have one day. It’s totally not fair,” Rick. –Young Scrooge

Rick Scroogeman hates Christmas. He can’t stand the carols or the pageants. He doesn’t like the lights or the mistletoe. But the worst part about the season is having to watch the old movie version of A Christmas Carol, especially since all of his classmates have started calling him Scrooge.

When Rick finds out that he didn’t get a part in the school play, he’s determined to get revenge. When Rick’s terrible prank successfully ruins Christmas for his classmates, he feels victorious. But when three ghosts appear, Rick realizes what he thought was just a nightmare might become real. Can anyone teach Rick the true meaning of Christmas?

In Young Scrooge, Rick tells his own story. His snarky comments and ungrateful attitude show he is completely unaware of others’ feelings. When the ghosts take him to different realities, Rick is put on the receiving end of a bully. Yet for the majority of the story, Rick is more concerned with getting home and getting his Christmas gifts. Even though Young Scrooge is based on A Christmas Carol, the ending won’t give the readers a warm fuzzy feeling.

Readers who want to put a little horror into the holidays will find this ghost spooky but not scary. The story’s short chapters and easy vocabulary make the story easy to read. Even though the story shows the harmful effects of bullying, the story is never preachy. Although parents might find Young Scrooge lacking, younger readers will enjoy the fresh twist on A Christmas Carol. Young Scrooge will never become a Christmas classic, but it will entertain readers and would be a great conversation starter on bad behavior.

“Most kids get two days to get presents. But because my birthday is December twenty-fifth, I only have one day. It’s totally not fair,” Rick. –Young Scrooge