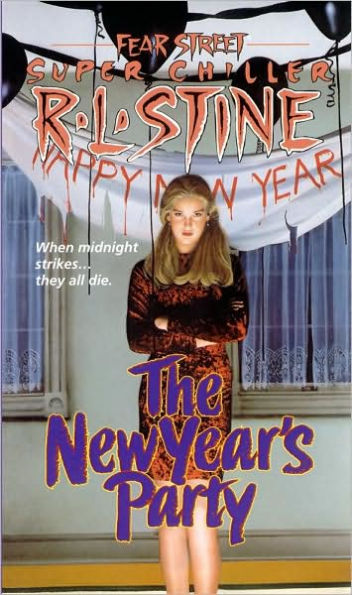 “Just like the tricks we play on each other. Except now someone is playing for real.” – Greta. The New Year’s Party

It’s five minutes to 1965. Beth should be at the party having fun with her boyfriend. Instead, she’s looking for her best friend, Karen. Suddenly, a group of men barge into the house with guns—they’re attempting a robbery. One man grabs Jeremy, Beth’s shy brother, puts a gun to his head and pulls the trigger. However, nothing happens because the gun is fake. The robbery was just a prank pulled by Karen and some seniors. Upset, Jeremy runs off. Beth follows him into his car. They’re driving recklessly in the snow when suddenly they hit a boy. They swerve, then crash.

The story jumps in time to the present day. Reenie, Greta, Archie, and Sean are all friends who enjoy playing pranks on each other. For example, Archie hides in Reenie’s closet pretending to be a corpse. Reenie starts to get the idea that their pranks are going too far, though, when she falls off a cliff and nearly drowns in a frozen lake. She has an uneasy feeling when Archie suggests she throw a house party but ultimately agrees.

Archie and his friend Marc come up with the perfect prank to pull at Reenie’s party. They will get Sandi, the most popular girl in school, to ask P.J., the new quiet kid, to the party. At the party, Sandi will kiss P.J., then pretend to die. This prank goes too far when P.J. actually dies from shock. Reenie and her friends are horrified, but the horror turns to confusion when P.J.’s body disappears. In the next couple of weeks, Marc and Sandi are both murdered. Someone is taking revenge on Reenie and her friends, but they can’t figure out who.

In addition to the supernatural elements, The New Year’s Party has relatable characters, who are not perfect. Like many typical teens, the characters try to justify their wrongdoings. In addition, the story includes fighting couples, friends who party together, and friends that have trouble with trigonometry. The story jumps back and forth in time, but the time differences are separated by chapters.

In the climax of the story, Liz, P.J.’s sister, invites Reenie and her friends to a New Year’s party. At the party, Liz reveals who killed Marc and Sandi, and chaos ensues. This exciting conclusion that connects the past to the present will shock readers.

The New Year’s Party is a gripping story that will keep readers turning the pages. Every chapter ends on a cliffhanger. The vocabulary is simple, and the plot moves quickly. Reenie’s friends play multiple pranks that always seem real, keeping the readers on the edge of their seats. In true R.L. Stine fashion, the book ends with a twist. The New Year’s Party is a good book for readers of all types who are looking for a quick, enjoyable read.

“Just like the tricks we play on each other. Except now someone is playing for real.” – Greta. The New Year’s Party