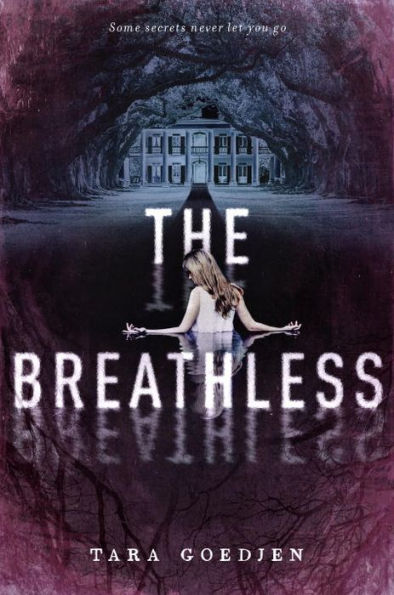 "The dangerous part about asking questions in life was not being ready for the answers."  —The Breathless

Ro’s body was found lifeless on the beach. No one knows what happened. All they know is that Ro’s boyfriend, Cage, disappeared the same day and hasn’t been seen since. The mystery behind her death turned Blue Gate Manor into a house of sadness and secrets.

One year later, Cage shows up looking for Ro with no memory of anything that happened in the last year. His confusion only adds to the mystery of Ro’s death because even though he was the last person to be seen with her, he has no idea how she died or if he caused her death. Ro’s sister, Mae, doesn’t trust him, but she decides that helping Cage is the only way to find out what happened to her sister.

Then Mae finds a little green book that belonged to Ro. She hopes the book will unlock the secrets behind Ro’s death. As she follows clues in the book, she discovers her family is hiding a dark secret about her ancestors. Danger lurks around every corner as Mae hunts for answers that might be better left undiscovered.

The very first sentence of The Breathless grabs the reader’s attention and never lets go. Graphic descriptions bring this creepy Gothic tale to life. Full of magic, love, and loss, The Breathless is a captivating story that will give sensitive readers a fright they will not soon forget. This is not a good book to read for those who are prone to nightmares.

"The dangerous part about asking questions in life was not being ready for the answers."  —The Breathless