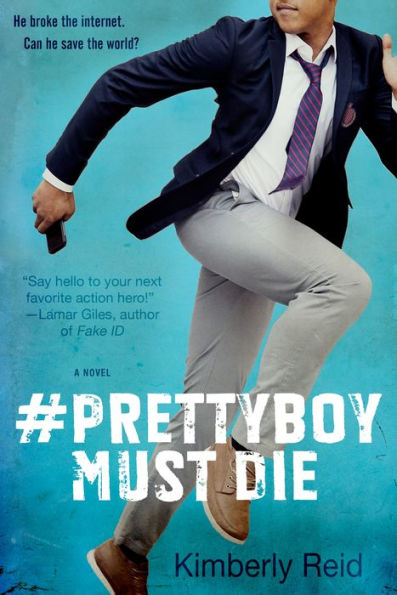 After his first failed mission, Peter Smith goes undercover at an exclusive school in Colorado. Peter is supposed to be keeping a low profile. When Peter goes out for a late-night run, a classmate snaps a picture of him and posts the caption “See Prettyboy run.” When the picture becomes a viral sensation, Peter knows he’s in trouble. Before the end of the day, Peter’s school is under attack as a terrorist wants revenge. This former-foster-kid turned CIA operative will have to use all of his skills and training to stay alive.

Told from Peter’s point of view, #Prettyboy Must Die starts out with action and intrigue. However, right from the start the plot is over the top and unrealistic. The action continues throughout the story, but there are too many scenes where Peter and his friends unrealistically knock out an adult, professional, or mobster.

Having the story told from Peter’s point of view did not necessarily improve the story’s appeal as he is arrogant and doesn’t believe that others can be an asset. Peter doesn’t think girls can be accomplished and smart, which is shown several times, including when he thinks the hacker cannot be a girl because she is pretty. Girls are portrayed in a negative light once again when a group of girls don’t worry about the danger they face; they just want a picture of #prettyboy.

#Prettyboy Must Die is not a serious spy book, but it is a fast-paced story that leaves the reader wondering who can be trusted. For those looking for an easy-to-read, fun story, #Prettyboy Must Die is a good choice. Even though the violence is not described in detail and is appropriate for younger readers, there is a wide range of profanity that is used often. If you loved Aly Carter’s Gallagher Girls series, you may want to leave #Prettyboy Must Die on the shelf.