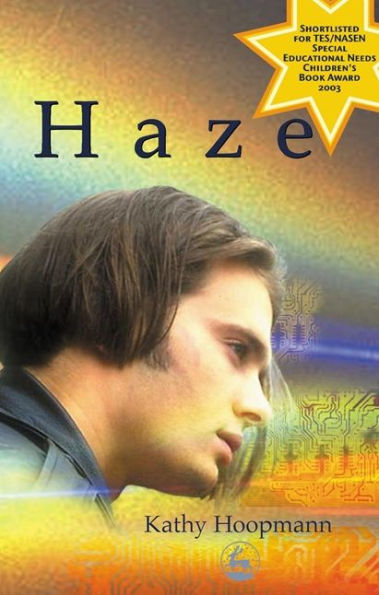 Seb does not understand people. He prefers numbers and computers. His parents don’t get him. When he’s at school, Guzzle is his only friend. But Guzzle isn’t always around to protect Seb from the bullies who harass him.

Things begin to change when he makes friends with Krisite, Madeline, and Jen. And things get even better when a new computer teacher, Miss Adonia, shows up. However, Guzzle doesn’t think Seb can trust Miss Adonai. Soon Seb is mixed up in a web of computer fraud, and he must turn to someone for help. But who should he trust?

Seb must also worry about Guzzle who is struggling to find peace in his life. Although Guzzle is popular at school, he does not enjoy his classes or the friends his popularity brings. To add to his misery, his mother is in an abusive relationship. Despite his struggles, Guzzle is a loyal friend to Seb.

Haze is an easy-to-read story that has loveable characters. There is enough mystery and suspense to keep the reader interested in the plot. The author adds drama to Guzzle’s life by showing his mother in an abusive relationship without adding violent detail. Part of the story revolves around a possible love interest, with a sweet ending.

Younger readers will be able to enjoy Haze because of the easy reading level as well as the fact that there is no violence. However, there are sexual references, cursing, and mention of drugs and alcohol that may make this book inappropriate for younger readers.