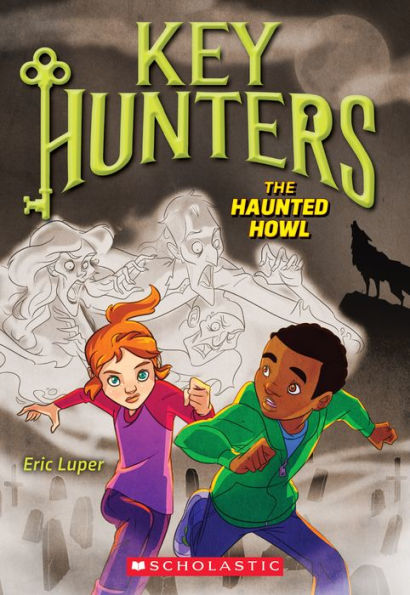 “It was hard to be brave on purpose,” Evan. —The Haunted Howl

Cleo and Evan jump into a new book and discover that danger is lurking behind every corner. Evan has been bitten by a werewolf, and they must race to find a cure. If the full moon rises before they have found the cure, Evan will be stuck in the pages of a creepy ghost story forever.

Ghosts, werewolves, and an angry mob of townsfolk must be defeated if Cleo and Evan are to survive. Full of suspense and creepy monsters, The Haunted Howl will give readers a kid-friendly fright. Independent readers will not want to put the book down until they learn if the curse of the full moon can be broken. Black and white illustrations are scattered throughout the book and help bring the story to life. Although the book is a series, readers can understand and enjoy the plot without reading the previous books.

As Cleo and Evan journey to find a cure, they encounter ghosts. One of the ghosts is Cleo’s character’s mother. The idea that ghosts are real people who have been trapped by a curse may upset some readers. In the end, the ghosts are able to “move on.”

“It was hard to be brave on purpose,” Evan. —The Haunted Howl