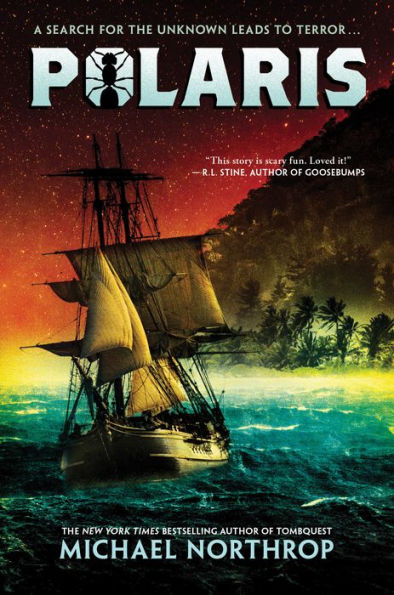 “I know it's not a bear, but maybe we should treat it like one. Monsters might get scared too.” ―Polaris

During the 1830s, the Polaris sets sail on a scientific mission to the Amazon jungle. The crew is excited to bring back new discoveries, but when the landing party returns, only half are alive. After an argument, the crew loads a chest into the bowels of the ship. After they begin their trip home, a bloody mutiny leaves most of the adult crew dead. Those who live, flee the ship, leaving six children—none of whom are older than twelve. The captain’s 12-year-old nephew Owen, a botanist’s assistant, and other deckhands struggle for survival. Soon they realize that the sea isn’t their only worry. Something else is lurking below deck, and it’s growing.

From the first page, Polaris will capture reader’s attention and they will not want to put the book down. With just the right mix of suspense and action, Polaris makes the fight for survival come to life. Full of realistic detail and nautical facts, readers will be pulled into the frightening atmosphere of Polaris. The story is appropriate for younger readers with tame battle scenes. This fast-paced story has well-developed characters that show the importance of working together despite the fact that they do not like each other. With a diverse cast of characters, an engaging plotline, and an epic battle scene, Polaris will not disappoint those looking for an excellent horror story. But be warned, the creepy creature may make its way into the nightmares of readers.

“I know it's not a bear, but maybe we should treat it like one. Monsters might get scared too.” ―Polaris