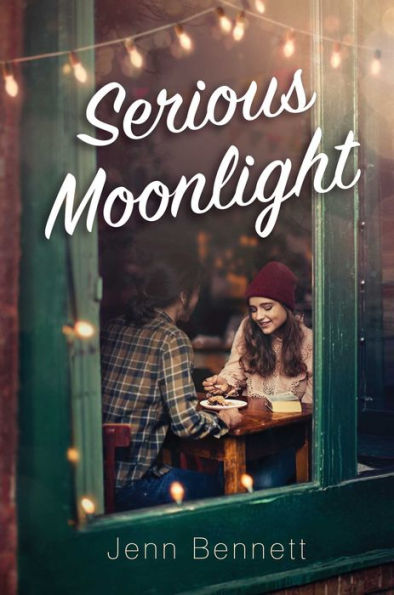 “And when you pin impossible ideals on someone, nobody wins... Judging other people unfairly doesn’t define them; it defines you. And in the end everyone will be disappointed,” Grandpa. –Serious Moonlight.

Birdie has been raised in isolation and homeschooled by strict grandparents. With no friends, Birdie spent her time reading mystery books. Birdie’s overactive imagination keeps her entertained. When her grandmother dies, Birdie’s world expands. She takes a job working the graveyard shift at a historic Seattle hotel.

Birdie hopes that her new job will give her the opportunity to be brave and solve a mystery. When her cute coworker, Daniel Aoki, has a mystery to solve, he wants Birdie’s help. The two come together to investigate a hotel guest, who they think is a famous reclusive writer. Together they embark on an adventure to uncover the writer’s identity. As the two try to solve the mystery, Birdie must also try to understand her growing feelings for Daniel.

With a wide variety of unique characters, Serious Moonlight delves into the complications that come with relationships. Both Daniel and Birdie are connected by their love of mystery as well as the fact that their fathers are not present in their lives. Birdie struggles with understanding her feelings for Daniel, especially since the first time they met they had sex. Like many teens, Birdie has questions about sex, relationships, and her own motives.

Told from Birdie’s point of view, readers can understand Birdie’s insecurities, worries, and confusion. Many teens will relate to Birdie because she is a likable character who is just trying to figure out what adulthood looks like. Birdie has a positive relationship with her grandfather and her aunt, who want to help her navigate life’s difficulties. By the end of the story, Birdie learns that “Missing people is hard. Letting new people inside is harder. But the reward for making the effort was greater than I could have imagined… It took me a long time to figure out that not everyone in my life was meant to stay. But using that armor didn’t shield me from future heartache. And even heartache felt is a million times better than running away.”

While Serious Moonlight has some light, humorous moments, it is not a Hallmark romance. The story hits on several difficult topics, including grief, sexual relationships, and having a child out of wedlock. The descriptive sexual content and the profane language may surprise many readers. The ending of the story has a few surprises, but Birdie’s conflicts are neatly wrapped up in a way that is not necessarily realistic.

In the end, Serious Moonlight is an entertaining, suspenseful story best suited for mature readers. Readers who are looking for an entertaining, but tamer teen romance should read Somewhere Only We Know by Maurene Goo or What Light by Jay Asher.

“And when you pin impossible ideals on someone, nobody wins... Judging other people unfairly doesn’t define them; it defines you. And in the end everyone will be disappointed,” Grandpa. –Serious Moonlight.