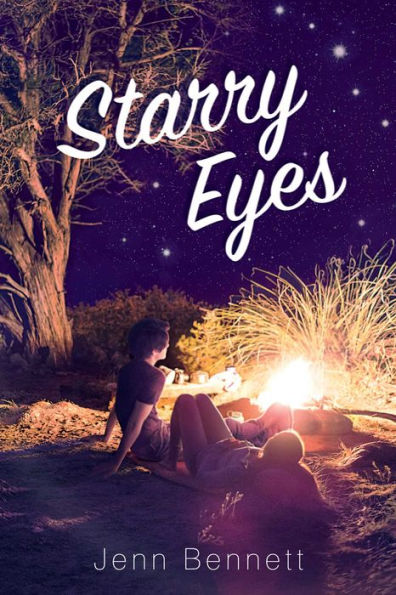 “All this time, I’ve been freaking out about wild animals. Maybe I should have been concentrating on the bigger threat: trying to figure out where I fit into civilization,” Zori. –Starry Eyes

Zori and Lennon used to be best friends. Now they are each other’s worst enemy. They go out of their way to avoid each other, which is difficult to do when you go to the same school and live next door to each other.

When a friend invites Zori to a camping trip, Zori thinks this will be an opportunity to have some fun. No one told her that Lennon would be there. After a series of unfortunate events, Zori and Lennon find themselves stranded in the wilderness. Alone.

With no one but each other for company, the two finally begin to hash out their issues. They slowly begin to understand each other, but they still have to fight the forces of nature. Can they work together and make it out of the California wilderness as friends?

Told from Zori’s point of view, Starry Night takes a winding trip and gives the reader a peek into Zori’s home life, friendship life, and love life. Unfortunately, Zori’s controlling, insecure nature makes her difficult to like. Zori is not the only boy crazy, but she agrees to go on a trip to advance her social standing. In the end, Zori discovers that her friends have been keeping secrets from her and that one friend has a grudge against her. So, it’s not a huge surprise when Zori’s friends sneak away in the early morning, leaving Zori and Lennon on their own.

None of the characters have healthy relationships with each other or with their parents. Zori is hiding the fact that her father is having an affair. Lennon allows Zori’s father to blackmail him, which is why he’s been avoiding Zori. In an effort to make Lennon jealous, Zori quickly finds a new boy to make out with. Instead of engaging readers with an interesting, plausible plot, Bennett relies on sexual desire and stupid teenage behavior to pull readers in. To make matters worse, the plot is often unbelievable and the characters unmemorable.

Starry Night is a predictable romance that would be best left on the shelf. If readers are looking for a modern-day Romeo and Juliet, Crossing the Line by Simone Elkeles would make a better choice. However, if you are looking for an entertaining romance, Don’t Date Rosa Santos by Nina Moren or Somewhere Only We Know by Maurene Goo would be excellent alternatives.

“All this time, I’ve been freaking out about wild animals. Maybe I should have been concentrating on the bigger threat: trying to figure out where I fit into civilization,” Zori. –Starry Eyes