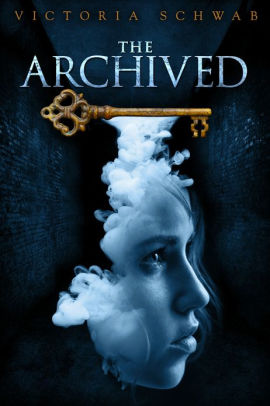 “The Archive is everything you told me it would be: a patchwork . . . wood and stone and colored glass, and all throughout, a sense of peace. But you left something out. It is beautiful,” Mackenzie Bishop. —The Archived

Contrary to the popular adage, the dead do in fact tell tales. Many of them. The dead, or Histories, are kept in a place hidden from the living world called the Archive, where only the Librarians can access them. But sometimes they wake, and they make it into the Narrows (the world between) and some are willing to kill to get back to the living world. Keepers are tasked with returning the lost Histories back to the Archive, and sometimes things get . . . messy.

When Da brought his twelve-year-old granddaughter, Mackenzie Bishop, into the Archive to have her take his place as Keeper, she quickly became a young, ruthless prodigy. After a tragedy, Mackenzie starts to see her brother in the eyes of the Histories that she has to return to the Archive. Mackenzie must confront the lines that separate the living and the dead. With the increases in disturbances in the Archive and someone erasing Histories, Mackenzie uncovers the secrets that keep the Archive in one piece.

Mackenzie and the other characters are extremely realistic, despite their fantastical stories. Headstrong and fiercely independent, Mackenzie struggles with grief over her brother’s death and the secrets about the Archive that she must keep from her family. She shows strength in her ability to own up to and correct her mistakes. Mackenzie’s struggles are wide-reaching and she is a sympathetic character. Her relationships with other characters, including the Librarian Roland and fellow Keeper Wes, help her improve as a person and bring some light to an otherwise somber story.

Despite the gothic nature of the titular place, the Archive itself is beautiful. Housing and tracking the Histories of the dead is a macabre business, and as one of the main locations in the novel, the Archive ironically has a life of its own. With a curious cast of Librarians and other personnel working within the structure, at times the Archive seems more alive than the outside world.

The Archived presents strong themes about grief, memories, and the line that separates life and death. Mackenzie, being only a teenager, tackles these topics that haunt all the characters—young, old, dead, and alive. The various ways her parents deal with death versus the ever-secretive Librarians’ ways of dealing with the dead serves to enhance the discussion about death and memories in particular. All the characters have regrets and push the line between the world of the living and the Archive, and their stories are ultimately determined by their abilities to deal with grief and the past.

Victoria Schwab paints an atmosphere that is equal parts magical and spooky in The Archived. Readers who want a darker book will be delighted by Schwab’s prose and wildly inventive world. The Archived sets up an interesting series with much to discover. In the sequel, The Unbound, more secrets are revealed through Mackenzie’s next adventures. The Archived shows that the dead never really leave us, as long as their memories live on in those that they loved.

“The Archive is everything you told me it would be: a patchwork . . . wood and stone and colored glass, and all throughout, a sense of peace. But you left something out. It is beautiful,” Mackenzie Bishop. —The Archived