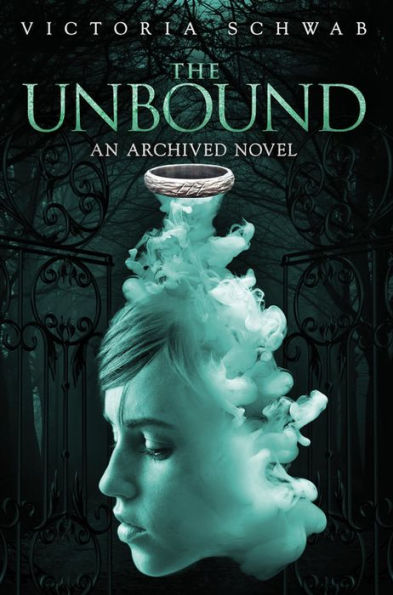 “Maybe Owen was right. Maybe I am a bringer of change. But I’ll decide what kind,” -Mackenzie Bishop. —The Unbound

In the sequel to Victoria Schwab’s The Archived, Mackenzie Bishop’s adventures as a Keeper of the Archive continue. At the same time, she must balance going back to school and figure out her relationship with Wes, her best friend, and fellow Keeper. But Mackenzie is still haunted by Owen Chris Clarke, the History who almost killed her and nearly brought the end of the Archive. Owen frequently visits her all-too-realistic dreams, and Mackenzie starts to question her sanity as the Archive’s other mysteries close in around her.

But her dreams aren’t the only things haunting Mackenzie. A string of disappearances follows her path, where she was the last person to interact with each of the missing persons. Plus a mysterious man keeps watching her while she’s traveling to and from school. As if that wasn’t enough, she keeps blacking out and waking up with no recollection of what happened. Is a lack of sleep, or something more sinister haunting Mackenzie?

The Unbound is shades darker than The Archived both in atmosphere and content, which helps to enhance the mystery of the Archive and its employees. As the stakes rise, it becomes clear that the reader knows little more than Mackenzie, who struggles with the trauma of almost dying and being manipulated by Owen in the last installment. Some plot points revolve around Mackenzie’s parents, who fear that Mackenzie is depressed, self-harming, and acting out. However, much of the trouble that Mackenzie encounters is because of the Archive and her nightmares. By the end of the novel, Mackenzie is ready to heal her relationships with her parents, Wes, and, most importantly, herself.

The back-to-school setting helps balance the darkness of the Archive and Mackenzie’s nightmares. Although school is not a completely safe location for Mackenzie, school is the one truly normal place that she and Wes experience. At times, their friends provide comic relief and tell Mackenzie more about Wes, who is notoriously secretive.

School also helps bring Mackenzie out of her inner world and the world of the Archive. In many ways, having friends and going to school pulls Mackenzie back into the realm of the living. In both The Archived and The Unbound, Mackenzie spends her time straddling the line between living and dead, between the real and imagined. But in this installment, Mackenzie becomes a more seasoned Keeper while also learning how to live her life.

The Unbound is an exciting follow-up to the darkly magical The Archived. The end neatly wraps up this book and provides a bridge to a potential third book. This book does continue the adventures from The Archived, so The Archived needs to be read first. This book is a must-read because Schwab’s creative prose wonderfully captures the world of the Archive and Mackenzie’s journey, through interesting discussions about grief, trauma, and the scars that we all carry. The dead never truly leave us, but as Mackenzie learns, sometimes it’s necessary to let go and embrace the living as tightly as we can.

“Maybe Owen was right. Maybe I am a bringer of change. But I’ll decide what kind,” -Mackenzie Bishop. —The Unbound