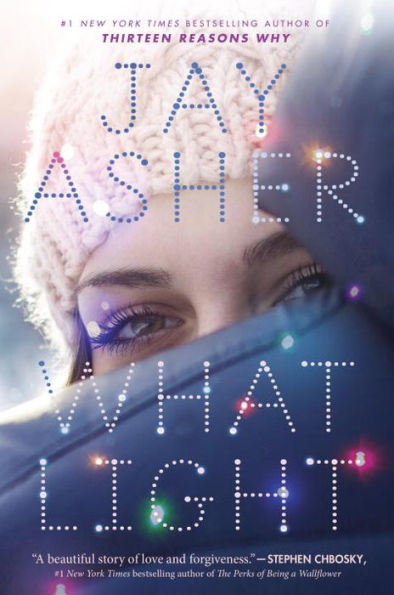 “So there’s no room for mercy? Great lesson, Dad. You mess up once, you’re screwed for life,” Sierra. –What Light

Sierra has always been able to keep her two lives apart, but all that changes when she meets Caleb, a handsome boy with a bad reputation. Even though Sierra is warned to stay away from Caleb’s cute smile, Sierra is drawn to him. The more she gets to know him, the more questions she has about his bad reputation. Sierra is determined to show others that Caleb’s past mistakes should not define him, but with mounting pressure from her parents and friends, Sierra wonders if Caleb is worth the trouble. Amid growing suspicion and misconceptions, Sierra wonders if love really can conquer all.

What Light is a beautiful story about first love, forgiveness, and family. Readers will fall in love with Sierra, who doesn’t hide her intelligence when trying to attract a boy. Instead, she continues to use advanced vocabulary and enjoys the fact that Caleb tries to stump her with new words. Readers will be drawn to Sierra because of her sweet, trusting nature and her love of all things Christmas. Another positive aspect of the story is Sierra’s parents, who use positive communications skills to guide Sierra through her first love, even as they worry about the possibility of Caleb breaking her heart.

As teen romances flood the market, What Light will draw readers in with relatable characters who have healthy relationships. This sweet story steers away from sex, swear words, and other objectionable material. Any reader who is looking for an engaging holiday romance should grab a blanket and a cup of hot cocoa and curl up with What Light. Like a Hallmark Movie, this story will leave readers with a smile and the belief that love can indeed conquer all.

“So there’s no room for mercy? Great lesson, Dad. You mess up once, you’re screwed for life,” Sierra. –What Light