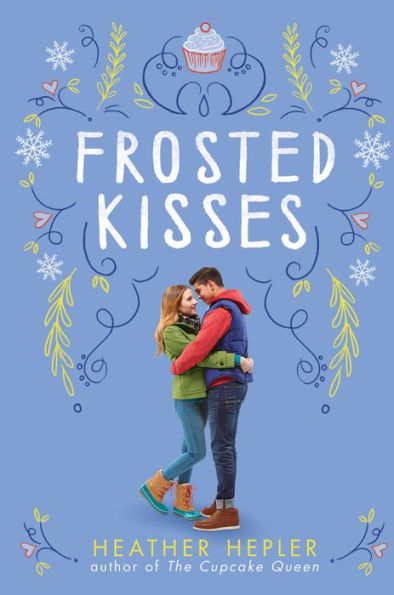 Former Manhattan girl, Penny, has quickly discovered that life in a small town is never dull. Not when there’s a festival for every occasion, a Queen Bee to deal with, an animal shelter to save, and a cute boy to crush on.

But Hog’s Hallow just got another new girl: Esmeralda. She’s beautiful, French, and just happens to be Charity’s (the Queen Bee’s) best friend. Penny figures with the arrival of Esmeralda, the Queen Bee might be too busy to keep making her life miserable. Penny couldn’t be more wrong.

But Penny doesn’t have a lot of time to worry about Charity. Her best friend, Tally, has recruited her to help save the local animal shelter, which is in danger of closing unless they can raise some desperately needed funds.

Then there’s Marcus, the adorable and mysterious boy that Penny thinks might likes her as much as she likes him. But while things with Marcus are wonderful and fluttery, they are also confusing at the same time. Can Penny and her friends save the animal shelter, navigate her new family dynamics, and get the boy—or will Charity and Esmeralda find a way to ruin everything?

While The Cupcake Queen was a cute romance that would appeal to middle school readers, the second book Frosted Kisses falls flat. Much of the story follows the exact same format as the first book and none of the characters are given any more depth. In addition, there are too many topics—divorce, jealousy, bullying, and parental problems. None of these topics are fully explored. Instead, the story jumps from topic to topic and leaves the reader with too many questions.

In The Cupcake Queen, Penny’s insecurity was understandable because she had just moved to a new town and her parents had recently separated. However, in the second installment of the story, she is still insecure, this time focusing her insecurities on Marcus. Penny’s jealousy and inability to talk to Marcus are frustrating. In addition, the fact that Marcus and Penny do not talk or spend any time together at school is unrealistic.

Frosted Kisses is a holiday-themed romance that doesn’t add any sparkle to the season. Instead, Hepler writes a stagnant story that relies on a typical mean-girl, love-triangle format. There is nothing exciting or wonderful to keep the story interesting. While readers will enjoy the first installment in the series, Frosted Kisses will leave readers disappointed. If you’re looking for a holiday-themed story to read while snuggling up by the fire, the Celebrate the Season Series would make an excellent choice.