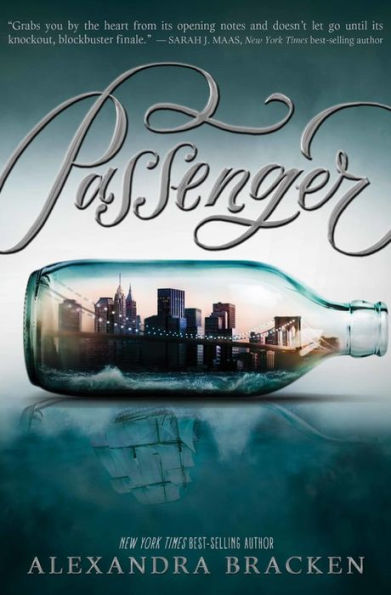 “It's our choices that matter in the end. Not wishes, not words, not promises.”  —Passenger

Secrets are kept to protect. Secrets are kept to survive. When Etta is suddenly thrust into another time, she realizes her life has been based on secrets. In an attempt to keep Etta safe, and keep a family heirloom out of the Irnonwood’s hands, Etta’s mother disappeared into the future. Now, if she wants to save her mother and return to her own time, Etta must find the ancient object that has been hidden for so long.

Nicholas has long been the Ironwood’s victim. In an attempt to secure his freedom, he agrees to watch over Etta and ensure that she brings the ancient object to them. Yet when Nicholas and Etta team up, he soon finds himself drawn to Etta.

As Nicolas and Etta work together, they follow clues left behind by Etta’s mother. The clues lead them across time periods and across continents. As they race to meet Ironwood’s deadline, they realize he is not the only one who wants the object. Can the two find the object and keep it out of the grasp of those who would use it to destroy their timeline?

The imagery and dialogue in Passenger jump off the page and engage the reader from the start. Action and suspense begin in the first chapter and lead the reader on an adventure that spans several centuries. For a story that has epic chases and attacks, the violence is not graphic. Although there is blood, the battle scenes are not gory or over the top.

The reader learns about racism through the eyes of Nicolas, as he struggles with being the son of a slave and a white landowner in the southern colonies. The cultures of the past cause interesting conflicts, as Etta’s worldview is based on the present.

Passenger is an excellently written book, with interesting characters, secrets galore, and suspense. However, the ending is set up for a sequel and leaves more questions to be answered. Because none of the book’s questions are answered in this installment, the reader will be left wondering what next?

“It's our choices that matter in the end. Not wishes, not words, not promises.”  —Passenger