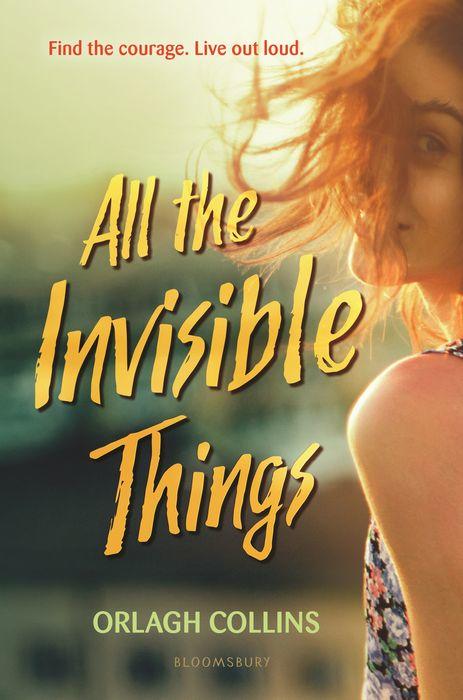 “No more shame, Pez. You hear me? So much stuff has become clearer while you slept and I’m not going to live hiding half my heart anymore. It’s all of me, and all of you. No more secrets, for either of us. No more,” Vetty. –All the Invisible Things

All the Invisible Things

Helvetica and Peregrine were destined to be friends. Bonding over their strange names, Vetty and Pez became close the moment they met at ten years old. They are used to sharing secrets, supporting one another, and racing their bikes all around London together. However, after Vetty’s mother passed away, her father decided to move the family away from London forcing Vetty to leave Pez to grieve without his support. While Pez made an effort to stay close, the two slowly fell out of touch.

Three years later, Vetty’s father decides it’s time for the family to leave his sister’s home and move back to London. Back in her old home, Vetty encounters a much different Pez. The new Pez is moodier and keeps secrets, and Vetty is unsure where their friendship stands now that they have gotten older. To make the situation worse, Pez has a glamorous new girlfriend, March, who ignites suppressed feelings inside Vetty. As Vetty grows closer to March, she discovers things about herself and her identity that may further complicate her relationship with Pez. To save their friendship, Vetty and Pez must learn to be honest with themselves and each other and live their own truth.

All the Invisible Things is told through Vetty’s perspective as she comes to terms with her identity and the realization that she is bisexual. Pez also opens up about his own experiences with sex, his struggle with a porn addiction, as well as his desire to change. The book’s main theme is honesty and learning how to live a truthful life, even if the truth is difficult to share. Through Vetty and Pez’s friendship, readers will learn how honesty is often met with love and support. The book also gives a voice to teens curious about their own identity and lets them know they are not alone in the potentially scary and confusing emotions that accompany growing up.

While there are some important themes, there are also problems with the writing of the novel. In the novel, Vetty struggles to find resources to help her figure out her sexuality and none of the characters seem aware of the term bisexual despite the novel being set in 2018. This made Vetty’s journey seem a bit inauthentic and forced at times. All the Invisible Things is also very clichéd in its writing. At one point, Pez tells Vetty she is “not like other girls” which confuses Vetty. At times, the novel seems a bit too sexually explicit, which distracts from the more sensitive moments in the book.

Because of the sexually explicit scenes, All the Invisible Things is best suited for older teens. Despite the book’s flaws, the novel will resonate with the LGBTQ+ community because of its representation of bisexual and lesbian characters. The way the story focuses on LGBTQ+ characters as the center of the story truly demonstrates the importance of their identities.

“No more shame, Pez. You hear me? So much stuff has become clearer while you slept and I’m not going to live hiding half my heart anymore. It’s all of me, and all of you. No more secrets, for either of us. No more,” Vetty. –All the Invisible Things