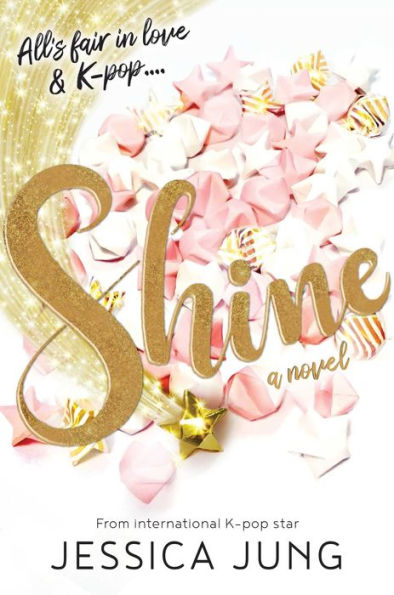 “I feel like I’m constantly straddling two worlds. Too white to be Asian, too Asian to be white. It’s like I’m tricking everyone on both sides, trying to convince them that I belong, when truthfully, I’m not sure exactly where I fit,” Jason  –Shine

What would you give for a chance to live your dreams?

For seventeen-year-old Korean American Rachel Kim, the answer is almost everything. Six years ago, she was recruited by DB Entertainment—one of Seoul’s largest K-pop labels, known for churning out some of the world’s most popular stars. The rules are simple: train 24/7, be perfect, don’t date. Easy right?

Not so much. As the dark scandals of an industry bent on controlling and commodifying beautiful girls begin to bubble up, Rachel wonders if she’s strong enough to be a winner or if she’ll end up crushed…especially when she begins to develop feelings for K-pop star and DB golden boy, Jason Lee. It’s not just that he’s charming, sexy, and ridiculously talented. He’s also the first person who really understands how badly she wants her star to rise.

Get ready as Jessica Jung, K-pop legend and former lead singer of Korea’s most famous girl group (Girls’ Generation) takes us inside the luxe, hyper-color world of K-pop. The stakes are high, but for one girl the cost of success—and love—might be even higher. It’s time for the world to see: this is what it takes to SHINE.

Life as a trainee is not glamorous. Instead, the girls’ daily weight checks are belittled and they are treated harshly. For example, one of the trainers yells at Rachel. “Look, if this is too hard for you, go home. You think giving me attitude will make you a better dancer? Get your head out of your ass and try harder. If you can’t even get these dance steps, you’ll never get anywhere.” All of the girls take the abuse because they are afraid that speaking up will cause them to be kicked out of the training program.

In the K-pop world, men and women have different standards. Women get lower pay, aren’t supposed to date and are treated badly. One K-Pop singer says, “All they [her agents] care about is making us into perfect K-pop machines that will do everything they say and rake in the money for them.” Shine puts a spotlight on the sexism in the K-pop world as well as in the girls’ families. Even though women are treated differently than men, the women never come together to work to improve their situation.

Even though the narrator, Jessica, is self-centered, acts rashly, and is sometimes mean, readers will get caught up in the drama of the K-Pop world. Jessica’s erratic behavior keeps readers on the edge of their seats. Unfortunately, all of the characters have flaws that will leave readers wondering why anyone would subject themselves to the abuse of training. Jessica leaves the reader with one thought, “When we feel like we cannot do this any longer, we remember that we already have, and we will again.” If you’re up for a fun, romance-based Korean comedy, add I Believe in A Thing Called Love by Maurene Goo to your must-read list.

“I feel like I’m constantly straddling two worlds. Too white to be Asian, too Asian to be white. It’s like I’m tricking everyone on both sides, trying to convince them that I belong, when truthfully, I’m not sure exactly where I fit,” Jason  –Shine