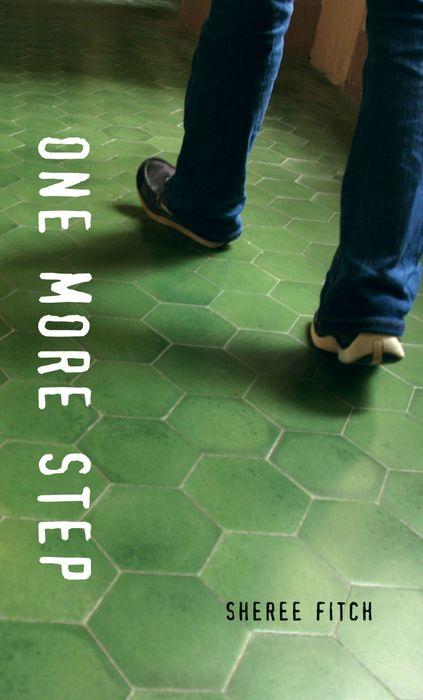 “And son, all us men realize sooner or later, we must learn to be fathers to ourselves,” Poppie. –One More Step

Fourteen-year-old Julian’s parents separated when he was a baby, and he is still angry and hurt. His mother has had relationships since—all of which have ended disastrously—but this time it seems serious. Jean-Paul looks like he might be the real thing. Julian is wary—and critical—as he comes to terms with the fact that he and his brother may have to let down their defenses and allow their mother to find happiness. On a road trip with his mother and her new beau, Julian finds that love and happiness can come in many guises.

Anyone who comes from a broken family will relate to Julian, who is frustrated with his mother’s less-than-perfect boyfriends. Plus, Julian is still angry at his father for leaving when he was just a baby. While the story delves into the relationship between Julian and his father, the father-son relationship is not explored in depth. Instead, much of the story revolves around Julian’s relationship with his mother’s boyfriend, Jean-Paul. Even though Julian is often rude to Jean-Paul, Jean-Paul is always supportive of both Julian and his mother. In the end, he realizes that it is not blood that determines true family, but the willingness to stand together.

In One More Step, Julian also must deal with the death of his grandfather. However, Julian’s grieving process is not explored in detail. Despite that, Julian’s positive relationship with his grandfather is funny and endearing.

Julian’s story is told through his diary and much of the action takes place before the book begins. Since the story’s focus is Julian’s emotions and relationships, there is little action. While Julian’s story is not action-packed, his relationships are realistic and interesting. Written as a part of the Orca Soundings books, which are specifically written for teens, One More Step looks at the complicated nature of families. Readers interested in reading more books that explore family dynamics should add In Plain Sight by Laura Langston to their reading lists.

“And son, all us men realize sooner or later, we must learn to be fathers to ourselves,” Poppie. –One More Step