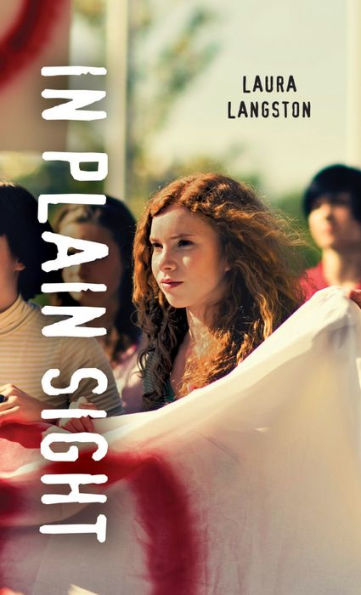 “Everything in life is a choice . . . You can choose to be you. Or you can let someone else choose for you. It’s your call,” Matt. —In Plain Sight

Megan, who has moved all over the country, knows how to make friends. Now living in Las Vegas, Megan “Cause Queen” Caliente organizes a protest, where she is detained by police. When her mother comes to pick her up from jail, the police arrest her mother. Megan discovers that her mother has been living under an assumed name, and her father is a convicted terrorist.

Megan’s life is suddenly turned upside down. Her friends turn against her, and gossip spreads like fire. Megan struggles to understand her mother’s decisions. She also wonders if she will follow in her father’s footsteps.

Written from Megan’s point of view, In Plain Sight focuses on Megan’s journey to understand her mother’s choices as well as how her father’s terrorist act will affect the person she becomes. After people discover who her father is, Megan must deal with gossip, and one student shouts, “Muslim go home!” Suddenly, Megan is stereotyped as an extremist and some of her friends abandon her.

Throughout the story, Megan learns about the impact of choices. Her friend Matt shares his own troubled background and teaches Megan that genetics don’t determine who you become. Matt tells Megan, “Everything in life is a choice . . . You can choose to be you. Or you can let someone else choose for you.” This theme is reinforced when Morgan struggles to deal with her father’s deadly actions and decides to go to a memorial for those who her father killed. While there, a girl whose father died in the bombing, tells Megan, “. . .but if you came here looking for forgiveness, you’re not going to get it. . . It’s not yours to get. . . You didn’t do anything wrong.”

Written as a part of the Orca Soundings books, which are specifically written for teens, In Plain Sight is a fast-paced book that looks at the timely issue of terrorism in a teen-friendly manner. Teens will enjoy this high-interest, easy-to-read story.

“Everything in life is a choice . . . You can choose to be you. Or you can let someone else choose for you. It’s your call,” Matt. —In Plain Sight