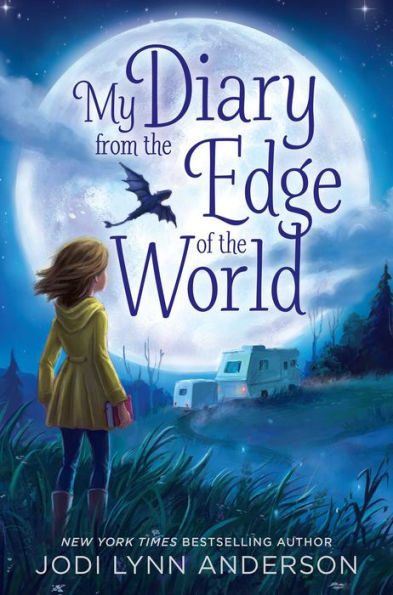 "The universe gets more disorderly all the time." ―My Diary from the Edge of the World

My Diary from the Edge of the World

Maddie’s world isn’t ordinary. She lives in a world where dragons, mermaids, and giants exist. In her world, Dark Clouds come for people when they die, and one is after Maddie’s little brother, Sam. In an effort to save Sam, Maddie’s family sets off to find the only place where Sam will be safe—the Extraordinary World. The only problem is that most people do not think it exists.

As Maddie and her family travel, they must learn to work together to avoid the dangers of the world.  And after traveling through many amazing places and facing many obstacles, Maddie learns that sometimes the biggest obstacle of all is to stop running from the inevitable.

My Diary from the Edge of the World is engaging because it is written in diary form from Maddie’s point of view. The world created is familiar because it contains many of the same places as the United States; however interest is added because witches are real (and Maddie’s grandmother is one), ghosts exist, and genies can grant wishes.

Even though the book has magic and mystery, the story has little action or suspense to keep the reader completely engaged. Maddie is a typical girl that has some interesting adventures, but her story lacks excitement. However, the ending does contain several scenes that will surprise the reader and give them hope.

"The universe gets more disorderly all the time." ―My Diary from the Edge of the World