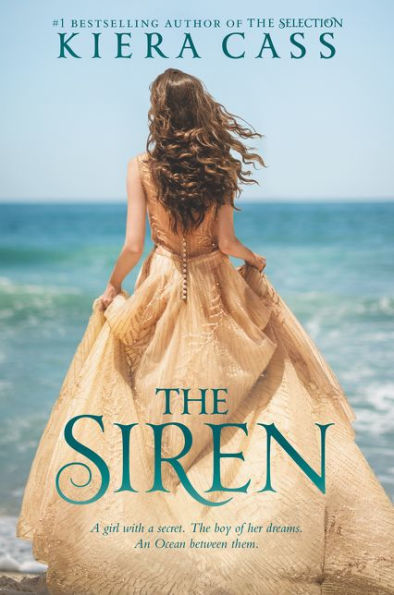 “There’s always room for love. Even if it’s as small as a crack in a door. That will be enough,” Kahlen. –The Siren

Kahlen and her parents are on a luxury ship when suddenly the passengers begin jumping overboard and the ship sinks. In a panic, Kahlen calls out—she doesn’t want to die. The Ocean itself saves Kahlen and demands that she serve as a siren for 100 years. Kahlen and the other sirens use their beauty and deadly voice to lure humans to their deaths. Kahlen mourns for the strangers that she causes to die, but she is obedient to the Ocean who spared her life.

Kahlen loves her sisters but is looking forward to being released from her siren duties. In twenty years, Kahlen will be a regular human girl. But then she meets Akinli and falls hopelessly in love. Will she risk everything to be with the boy of her dreams? Or will the Ocean kill their love forever?

The story is told from Kahlen’s point of view. Much of the conflict in the story comes from the internal struggle of the sweet, submissive siren. After one date, Kahlen is so in love with Akinli that she cannot live without him. Akinli appears so infrequently that the readers will be left wondering why Kahlen is head over heels in love with him. Although their romance drives the story, there is not enough interaction and chemistry between the two to keep readers emotionally interested in the outcome of their tragic love story.

Although the siren’s world is interesting, most of the time the girls live on land, blending in with ordinary humans. Not only is the sea world underdeveloped, but so are Kahlen’s sister sirens. However, it is clear that the sirens care for each other and will go to any lengths to help each other. Having the Ocean as a character adds interest, but unfortunately, the possessiveness of the Ocean makes the sirens go to great lengths to hide their deeds from her. In the end, the Ocean is much like a possessive, overbearing mother who only thinks of her own needs.

Similar to Cass’s Selection series, The Siren is an easy-to-read story that follows one girl’s struggle. However, The Siren lacks the action of the Selection series. The Siren is like Romeo and Juliet without the fight scenes. For readers who don’t mind spending an entire book reflecting on one character’s internal struggle, The Siren will be an enjoyable read.

“There’s always room for love. Even if it’s as small as a crack in a door. That will be enough,” Kahlen. –The Siren