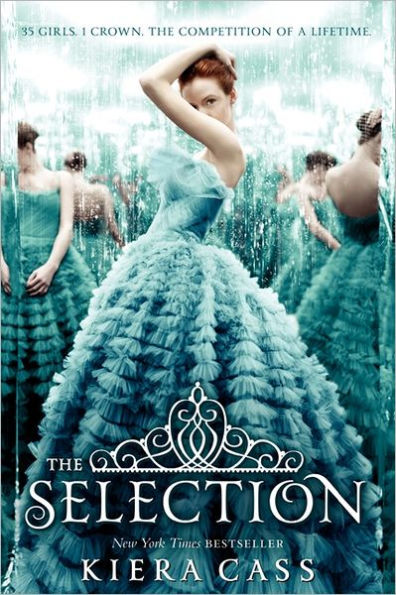 “It's always the fear of looking stupid that stops you from being awesome.”  —The Selection

Gorgeous dresses, spectacular meals, a handsome prince, and the chance to become a princess. It was everyone’s dream . . . and one girl’s nightmare.

America Singer only signed up for the Selection to appease her family and boyfriend. She didn’t expect or even want to be chosen. But it no longer matters what America wants. She is taken from her family and forced to join thirty-four other girls in the palace, all of whom are hoping the prince will chose to love and marry her.

America is the only girl in the competition who wants to lose, but as she gets to know Prince Maxon and becomes his friend, her desires become unclear, even to herself.

As the competition drags on, America is exposed to the rebel attacks that are a regular part of the royal family’s existence. While everyone else dismisses the attacks as random acts of violence attempted to usurp the throne, America begins to suspect there is something bigger going on.

America’s personality shines throughout the story. She is strong, funny, and unpredictable. Instead of acting like a love-sick teen, she talks to Prince Maxon as if he were the enemy. And while the other contestants faun over the prince, America stays true to herself. Although there are many predictable parts to this story—the mean girl, girl drama, a love triangle—the plot is still enjoyable. The story has the same premise as the television show The Bachelor, but the book is teen-friendly.

“It's always the fear of looking stupid that stops you from being awesome.”  —The Selection