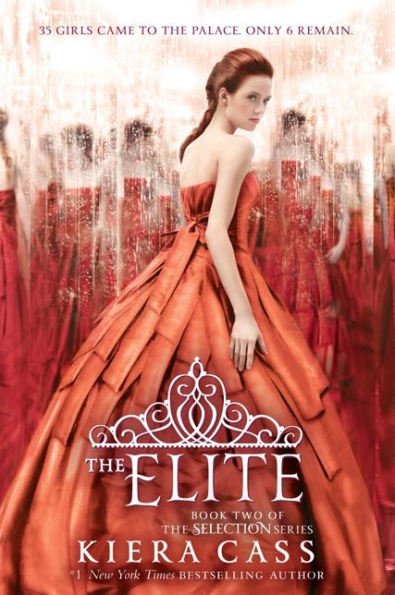 “Love is beautiful fear.” —The Elite

America isn’t sure if she wants to win Prince Maxom’s heart. The other six selections’ girls don’t share that uncertainty. They all want Maxon to choose them to be the next princess of Illea and are ready to fight America for Maxom and the crown.

When America is with Maxom, he sweeps her off her feet, and the choice seems obvious. Then her heart becomes confused whenever she sees her childhood sweetheart, Aspen. With Aspen back in her life, and both Aspen and Maxom competing for her heart, America’s indecision grows.

America is a strong character in The Selection, but she loses much of what makes her likable in the second installment of this series. In book one she is strong and funny, but in this book she degenerates into an indecisive and, quite frankly, whiny brat. The story is dragged on because America can’t decide if she wants to marry the Prince or Aspen.

The book loses the romance and suspense of the first book. Though there are exciting and fun scenes, they are sparse. If you enjoyed The Selection, you may find yourself reading The Elite out of obligation, rather than enjoyment.

“Love is beautiful fear.” —The Elite