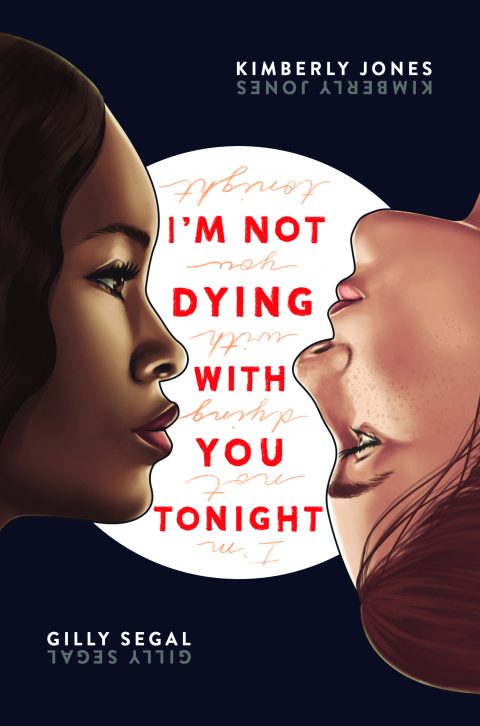 I’m Not Dying with You Tonight

Lena has her killer style, her awesome boyfriend, and a plan. She knows she’s going to make it big. Campbell, on the other hand, is just trying to keep her head down and get through the year at her new school.

When both girls attend the Friday night football game, what neither expects is for everything to descend into sudden, mass chaos. Chaos born from violence and hate. Chaos that unexpectedly throws them together.

They aren’t friends. They hardly understand the other’s point of view. But none of that matters when the city is up in flames, and they only have each other to rely on if they’re going to survive the night.

Told from both Lena’s and Campbell’s point of view, I’m Not Dying with You Tonight will grab readers’ attention right from the start. The chapters go back and forth between each character, which allows the reader to understand both girls’ prejudices and conflicts. Campbell is completely out of her element and has never taken the time to try to understand the people in her neighborhood. On the other hand, Lena has more layers, but talks in a stereotypical manner. As the girls try to survive the riot, each girl makes assumptions based on each other’s race and learns that their assumptions are often wrong.

The fast-paced story takes a look at white privilege and racism from the girls’ point of view. When the fighting first breaks out, Campbell sees the police as helpful, but Lena is fearful of their presence. In the end, both girls face loss because of the riot. Campbell’s father’s store is completely destroyed by looters, and Lena’s cousin is injured and arrested. Although Campbell cannot understand the rioters’ actions, Lena tries to explain “when you push people to their breaking point, and they ain’t got no power, they’ll find a way to take it.”

I’m Not Dying with You Tonight explores modern conflicts in an action-packed story that will keep teens interested. The authors do not leave the reader with any solutions to the problem, but instead, give them many questions that they will want to discuss. The story will cause readers to ponder racial issues, but they will also see how they should try to get to know people that are different than themselves. The story also highlights the importance of choosing friends well. As Lena’s cousin Marcus says, “He can be an eagle, but if he chooses to flock with pigeons, he gone’ have pigeon ways.”