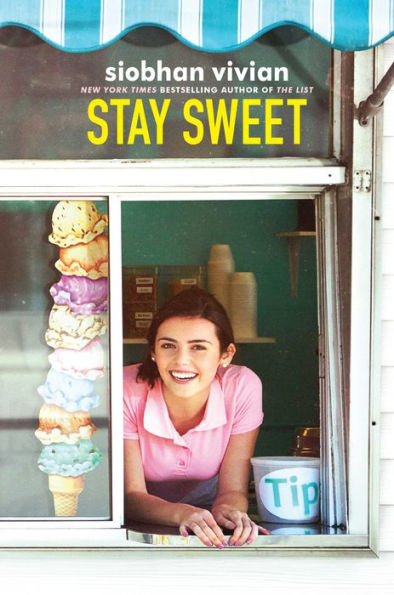 “But maybe the only things stopping her were the limits she put on herself,” Amelia. ―Stay Sweet

For Amelia, working at Meade Creamery means more than just having a summer job. After four years of working at the ice cream shop, Amelia has a strong bond with the all-girl staff. The older girls teach her about life: who the best teachers are, how to wear lipstick, and the perfect amount of sprinkles to put on a sundae.

When the creamery’s owner suddenly dies, the grandnephew Grady takes over the business. The nineteen-year-old hopes to prove he is capable of running a business. But Amelia and the other girls feel threatened by his presence. She doesn’t want a boy to come in between her and the perfect summer. Can Amelia show Grady the importance of the traditions behind being a Meade Creamery girl?

Stay Sweet focuses on Amelia’s desire to keep the Meade Creamery open so traditions don’t die. The story is written in the third person, however, which leaves the story feeling emotionally flat. Instead of having well-developed characters that are worthy of falling in love with, the characters’ thoughts and feelings fail to shine through.

The characters are not likely either, which makes becoming invested in this story even more of a struggle. Amelia allows herself to be taken advantage of by Grady. Amelia’s best friend, Cat, is a jealous, self-centered, awful person and a terrible friend. And Grady’s handsome looks may be the only likable part of his character. The WWII diary entries of Molly Meade bring some interest to the story, but the script font makes the entries difficult to read. In the end, Molly is the only girl who is not portrayed in a stereotypical way.

Although Stay Sweet encourages girls to live their dreams, the characters’ flaws interfere with the message and leave the reader feeling indifferent for most of the story. Stay Sweet is not a memorable summer romance.

“But maybe the only things stopping her were the limits she put on herself,” Amelia. ―Stay Sweet