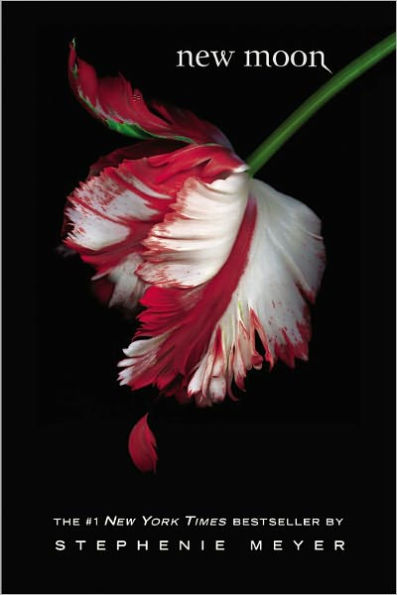 “I’ll be very quick. You won’t feel a thing, I promise. Oh, I’ll lie to Victoria about that later, naturally, just to placate her. But if you knew what she had planned for you, Bella . . . I swear you’d be thanking me for this,” Laurent. –New Moon

Bella always knew Edward was too good to be true, and her worst fears come to fruition when he tells her that he is leaving Forks—and he doesn’t want her to come with him. He promises it will be “like he never existed.” But the hold he has on her heart isn’t something that fades with time. As the months stretch out without Edward, Bella succumbs to a mind-numbing depression where time passes, but she doesn’t really live.

Bella doesn’t expect things will ever change until she runs into Jacob, an old friend from the nearby reservation. Jacob becomes her best friend. He is so warm and kind that she begins to think of Jacob as her own personal sun, burning away the dark clouds that have surrounded Bella for so long. Bella knows that Jacob longs for their relationship to move forward, but is her damaged heart even capable of that kind of healing? To make matters worse, there’s a cult on the reservation that’s sucking in many of the teenage boys. When Jacob suddenly vanished from her life and starts hanging around with the very people he had been scared of before, Bella decides she has to help her friend break free. But the bonds that tie Jacob may be deeper and more permanent than Bella could possibly imagine.

In New Moon, Bella struggles to move on after losing her one true love. At first, she wallows in depression, trying to put on a brave face for the world outside, but eventually she learns that she isn’t fooling anyone. Once Jacob enters her life, she begins to heal, but she also clings to the memory of Edward. Her inability to let go of the past prevents her from moving forward as she grapples with questions such as, is it possible to have more than one love in one lifetime? And is it right to give herself to Jacob, when a part of her still mourns for Edward?

The second installment of the Twilight series takes a shocking turn, but it will not disappoint. Readers need not worry that Edward’s absence for most of the novel will detract from its entertainment factor. Bella’s trauma over the loss of Edward, his family, and her life as a vampire keeps that storyline very much alive, as does the reappearance of an old enemy. Jacob, his father Billy, and Jacob’s friends on the reservation breathe life into the story, bringing new, lovable characters into the mix. These characters are well-developed, and Jacob will steal the heart of all but the strongest Edward supporters. The end of New Moon comes in an exhilarating rush that will either leave readers rejoicing or will break their hearts. Either way, make sure to have the next book, Eclipse, nearby!

“I’ll be very quick. You won’t feel a thing, I promise. Oh, I’ll lie to Victoria about that later, naturally, just to placate her. But if you knew what she had planned for you, Bella . . . I swear you’d be thanking me for this,” Laurent. –New Moon