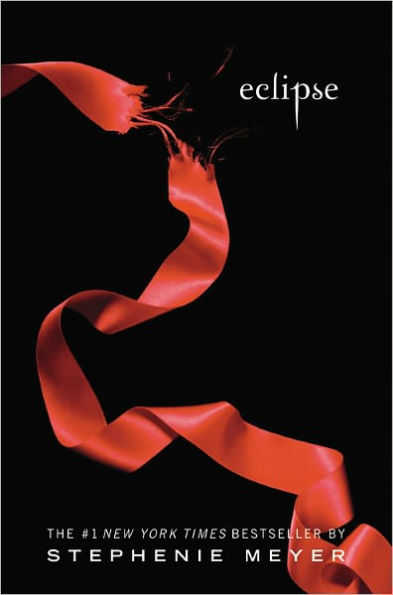 “And then, quite distinctly, I felt the splintering along the fissure line in my heart as the smaller part wrenched itself away from the whole,” Bella. –Eclipse

Now that Edward is back, Bella wants things to go back to the way they were…but too much has changed. Her best friend Jacob happens to be a werewolf, the mortal enemy of vampires. She is desperate to keep her friendship with Jacob, but she isn’t sure how that will be possible. Edward actively stops her from seeing Jacob, and Bella is constantly hurting her best friend by not loving him the way he wants her too.

Even worse, old enemies are on the prowl. The Vulturi will be a threat until Bella is changed into a vampire. She wants to change immediately, but Edward’s family insists on waiting until after her high school graduation. To Bella, it seems a terrible time to remain human, especially as Victoria is back, and more elusive than ever on her quest for revenge.

Eclipse spins out a heartbreaking love triangle among constant danger and suspense, which forces Bella to decide how much sacrifice love is worth. This installment in the Twilight Series will captivate readers of both Team Edward and Team Jacob, and it will leave them in breathless suspense until the end. As the series hurtles towards its final book, Bella will make a heartbreaking decision that will decide the trajectory of her life.

Eclipse combines Edward’s family and their enemies from Twilight with the werewolves introduced in New Moon. The interactions between these two sets of immortals will excite readers and keep them turning the pages long into the night. Parents may not like that Bella pushes to sleep with Edward, but they will appreciate that Edward says no – he will not sleep with her until they are married. Overall, Eclipse continues to uphold the quality of this engaging series.

“And then, quite distinctly, I felt the splintering along the fissure line in my heart as the smaller part wrenched itself away from the whole,” Bella. –Eclipse