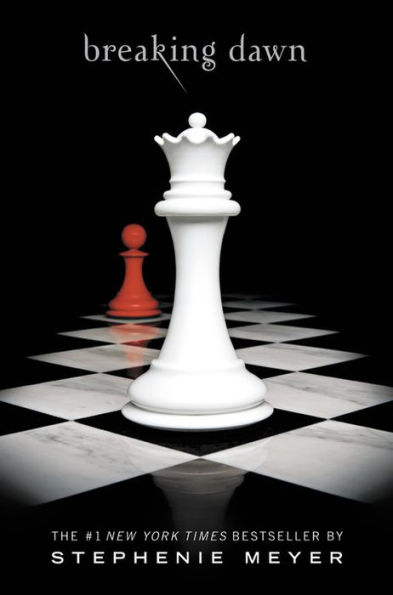 “Was this the limit, then? I’d had more happiness than most people ever experienced. Was there some natural law that demanded equal shares of happiness and misery in the world?” Bella. ­– Breaking Dawn

In Part One of Breaking Dawn, Bella thinks she has her happily-ever-after when she and Edward are married. But halfway through their honeymoon, Bella realizes she is pregnant. A child between a human and a vampire is supposed to be impossible, yet Bella’s pregnancy progresses at an abnormal rate. As the creature inside her threatens her life, Edward is prepared to get it out of her at all costs. But to Bella, this isn’t a monster growing inside her, but a beautiful child. With Rosalie on her side, Bella is determined to have her baby at any cost. Even if that cost is her life.

Part Two is told from Jacob’s perspective. Jacob never expected to see Bella again—not while she was human. When she returns from her honeymoon with a story about catching a rare disease, Jacob assumes she has become a vampire. Looking for a fight, he goes to the Cullen’s house, only to realize the reality is more horrible than he could ever imagine. Suddenly he finds himself protecting Bella—and the Cullens—against his own pack. But even if Bella and her child survive the pregnancy, this hybrid child may be the only excuse the Volturi need to come and destroy the Cullens. Told again from Bella’s point of view, Part Three ends this exciting quartet.

Breaking Dawn is a satisfying ending to the Twilight series. Readers will swoon over Bella and Edward’s wedding, and ache for the difficulties that follow. As Jacob fights to protect Bella, he will break the hearts of readers on Team Jacob and threaten to steal the hearts of those on Team Edward. And as the Volturi draw nearer, an entire host of new vampires are introduced in a delightful way.

Breaking Dawn has a lighter tone than the previous books, as Bella thinks she’s finally getting her happily-ever-after. However, danger isn’t done with her yet. While the suspense is lighter in this installment, there are plenty of interesting developments to keep readers engaged. An increase in sexual content and a graphic C-section may unsettle younger readers, but Breaking Dawn ends a whirlwind quartet with several satisfying twists and unexpected turns.

“Was this the limit, then? I’d had more happiness than most people ever experienced. Was there some natural law that demanded equal shares of happiness and misery in the world?” Bella. ­– Breaking Dawn